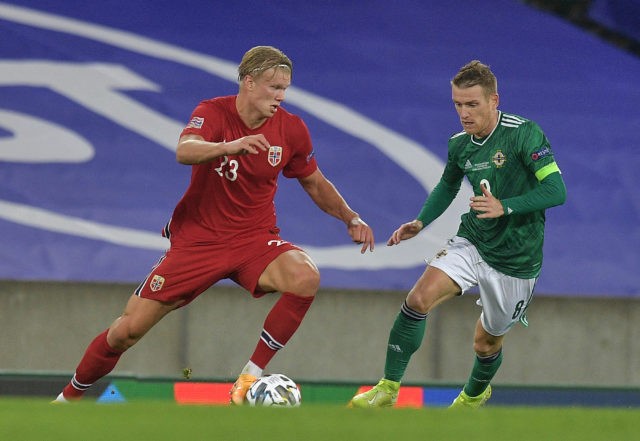 Davis has labeled his international teammate as an ‘exciting’ talent.

Sky Sports journalist Keith Downie claimed yesterday that Lewis has traveled to Tyneside to complete his move to Newcastle.

The 22-year-old was withdrawn from the Northern Ireland squad to face Norway on Monday. He is now all set to complete his £15m move from Norwich City.

Newcastle were extremely busy in the transfer market yesterday as the Magpies completed the signings of Callum Wilson and Ryan Fraser.

Wilson joined the club for a fee in the region of £20m, while Fraser was signed on a free transfer. It now seems another one could be heading their way.

Northern Ireland international, Davis, has showered praise on Lewis, and has described him as a ‘real modern-day full-back’.

“He’s an exciting talent,” Davis told Sky Sports. “He has a lot of potential as well. We have seen him here grow with the time he has been with us already.

“He’s an exciting attacking full-back and a real modern-day full-back, so I am sure, if that’s what he wants, then Newcastle do sign him it will be an excellent signing for him.”

The Magpies are also reportedly interested in signing Rogerio from Sassuolo, but doubts remain whether they will move for him following the capture of Lewis.

Newcastle are looking to bolster their defence, and have earmarked Rob Holding as a potential option on loan. However, it seems Arsenal are not willing to offload him at the moment.