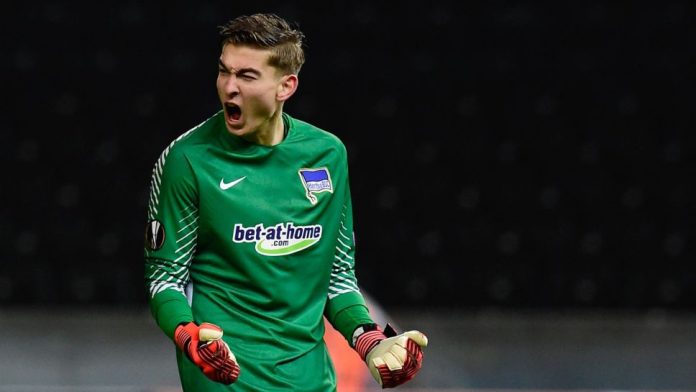 Rangers are keen on signing the German goalkeeper Jonathan Klinsmann.

According to Sun, the Ibrox outfit are looking to bring in a backup keeper this summer and the 22-year-old has been watched in the recent weeks.

The likes of Foderingham and Alnwick are expected to leave the club and therefore Gerrard needs to bring in another shot-stopper.

The report adds that Klinsmann will be a free agent this summer.

Apparently, the 6ft 4in keeper is frustrated at a lack of first-team opportunities at his current club and he will consider leaving in search of regular football.

It is hard to see how he can get that at Rangers next season. McGregor is the number one keeper at the club right now.

However, there is no doubt that he could get his chance soon if he manages to prove himself. McGregor is currently 37 years old and he will be moved on soon.

The deal could prove to be a bargain for Rangers in the long run and it will be interesting to see if Gerrard manages to pull it off.

The Ibrox outfit are bargain hunting right now and they have already snapped up the likes of Davis, Hastie and Jones.

Rangers are thought to be closing in on George Edmundson as well.