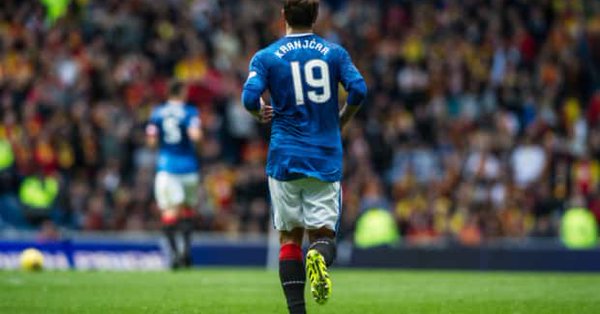 Glasgow Rangers have confirmed on Friday that midfielder Nico Kranjcar has left the Ibrox club after the Croatian’s contract was terminated by mutual consent.

Kranjcar joined the Gers in the summer of 2016 from New York Cosmos and scored three goals in 26 appearances.

“The former Croatia, Tottenham and Portsmouth midfielder leaves Ibrox with the best wishes of everyone associated with the club, and also their gratitude for his services.”

Kranjcar is one of the gifted players who has had fantastic spells at various top clubs. He has made over 80 appearances for his country.

The 33-year-old joined the Gers on a two year deal but his stay at the Ibrox club has been hampered with a knee injury that troubled him badly.

However, he has always shown flashes of brilliance for the club, and Rangers fans appreciate his effort no matter how brief it is.

It also goes to show that Kranjcar understands that he cannot contribute to the team at the moment, and therefore has decided to terminate the contract.

It will not only vacate the space for a new arrival in the summer, but also will free up the wages. Here are some of the best reactions from Rangers fans on Twitter:

Shame late in his career. No doubt a talented player showed glimpses. Technical ability was tremendous but done more than you @Joey7Barton #pishpoor

Real shame about the run of injuries. Classy player but we didn’t get to see him perform as we all know he could

Fair play to the guy, could’ve just sat on sidelines for rest of season taking a wage for nothing. Good Luck wherever you go Niko.

Good news! Too many wages sitting in the stands. More to follow hopefully!
All the best Niko ?? ??

Also frees up wages that can go to our better players.

All the best Niko. A man of great natural talent, who gave his best, and left us a few memorable moments we won’t forget?

I think we could all see Niko was a beautiful footballer – undoubtedly Rangers class. I’d go as far as to say he was in the Gascoigne bracket in terms of ability.
Sadly stifled by a combination of age, fitness, injuries (and laziness).
Hope the big guy leaves with good memories.

Real shame, looked like he’d be a game changer in his first season and then injury struck, not been the same since, all the best Niko????