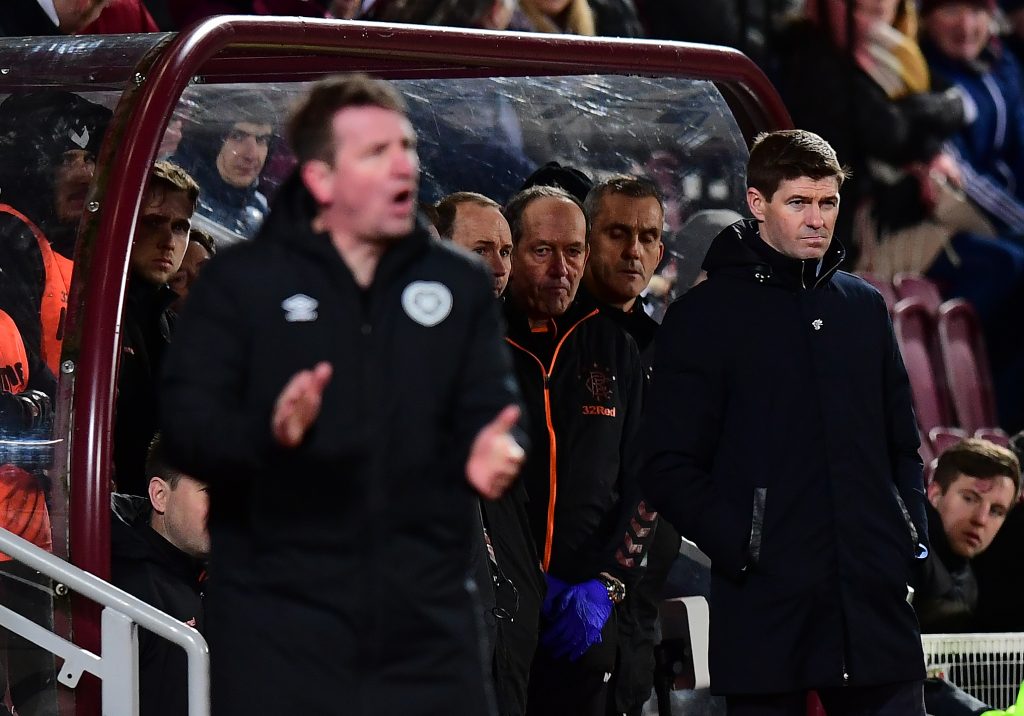 Rangers were beaten 1-0 by Hearts in the Scottish Cup quarterfinals earlier today.

The Ibrox outfit lacked imagination and attacking threat throughout the game and they were deservedly beaten by the hosts.

Steven Gerrard decided to leave Alfredo Morelos out of the squad due to disciplinary reasons and it seems that his decision has backfired.

Morelos would have given Rangers some much-needed sharpness in the attack.

The Scottish Cup was Rangers’ best chance of winning a trophy this season and the fans seem gutted with the result.

Rangers are far behind Celtic in the title race and winning the league seems like a pipe-dream at this stage for them.

With the Europa League left as their only chance of winning something, Rangers will now need a mini-miracle. There are several teams left in the competition that are better than Rangers and they will need some luck to win the competition.

It will be interesting to see how Rangers bounce back from this and perform in their next few games.

The fans and Gerrard will be demanding a strong reaction and the players will have to step up and deliver.

Here is what the fans tweeted after the game.

Just when you think we couldn’t get any worse!! The recruitment has been absolutely shocking from Gerrard! Aribo Ojo and the rest absolutely shocking! Gerrard can’t survive this surely….. He needs to do the right thing and step down and take that shower of shite he’s recruited

Gerrard needs to go. We need to sit our emotions to the side, we all love and want him to succeed here but this collapse is monumental, he’s refused to change anything, it’s never going to change

Gerrard out. Not even joking.

Off you pop Gerrard.