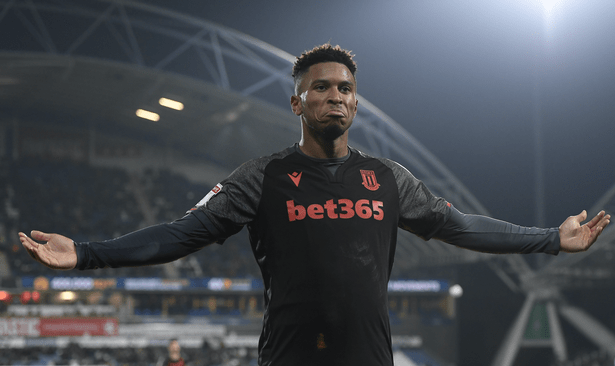 According to Daily Record, Celtic are keen on the player as well.

The 20-year-old has already made a name for himself with Stoke and he is tipped to have a big future in the game.

As per the report, the player could be signed for a fee of around £400,000 and both the Scottish clubs are keen on snapping him up.

Stoke City paid around £1.75 million to sign him from Manchester City.

Both clubs could do with a backup striker right now and Campbell will be an ideal option. Morelos and Edouard are the only reliable goalscorers for Rangers and Celtic.

The young forward has scored 4 goals in the Championship this season and he has shown that he has the ability to make the step up.

The Scottish league could be ideal for him at this stage of his career. Both Celtic and Rangers are good at developing young players and they will help him grow.

Also, he will be able to experience European football with the two Scottish giants if he joins either of them.

Campbell made his Premier League debut with Stoke City during the 2017/18 season.