French club Olympique Lyon have completed the signing of Rafael Da Silva from Manchester United on a 4-year deal. The Brazilian defender, who had one year left on his United contract, joined the French outfit for a reported fee of £2.1m.

Rafael will wear #20 shirt for his new club, as a respect to Manchester United, where he played an integral part in winning the 20th league title for the club.

The Brazilian was signed by Sir Alex Ferguson in 2008 along with his twin brother Fabio. He won three Premier League titles during his time at the Old Trafford club.

Rafael becomes the sixth high profile player to have left the club in the summer. And there could be more departures as well. According to widespread reports, Angel Di Maria is close to joining PSG, after he completed his medical in Doha yesterday. 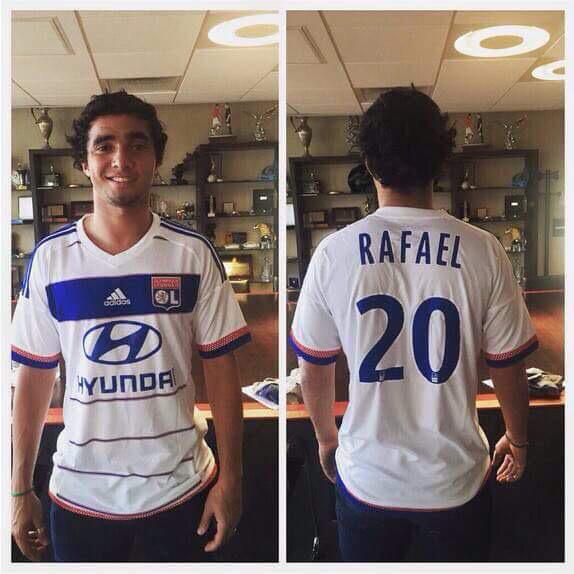 Rafael was a fan favourite at United. Naturally, United fans were saddened to see him leave. Reactions on Twitter suggest so.

Rafael seems like a players favourite with all these well wishes sent to him. Don’t think Van Persie received a message off any players.

Remember getting all sorts from #mufc fans for suggesting Rafael, Evans and Welbeck not good enough for club. Funny old world…….

Rafael an even nicer guy than he comes across in interviews, if that’s possible. Sad to see him leave but wish him all the best.

Rafael’s departure has actually hit me harder than anyone we’ve let go this summer. So sad to see him go, he represented the club so well.

Rafael and Patrice Evra are perfect examples of how players wear their heart on their sleeve. Great ambassadors for Manchester United.

Must admit, part of me has died at the departure of little Rafael.

Rafael’s departure means there are just 10 players left from #mufc‘s 2012-13 title-winning squad. More of them could still leave.

I always thought Rafael was actually quite good. Sure, he made mistakes but one of the EPL’s best RBs on his day.