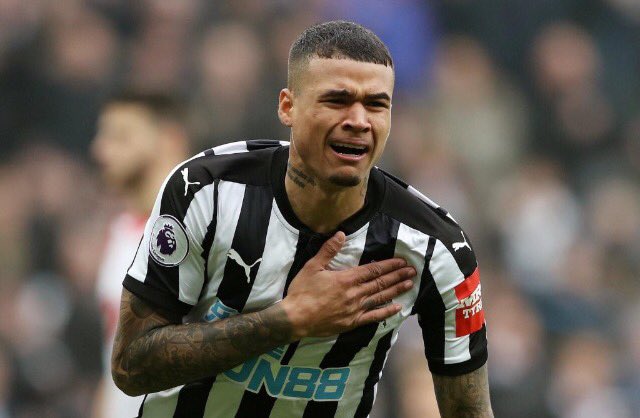 Kenedy has made a strong impact since he joined Newcastle United on loan from Chelsea in the January transfer window.

The 22-year-old has been involved in six matches for the Magpies already, and produced a superb performance against Southampton where he scored two goals in Newcastle’s last game before the international break.

Clearly, he is enjoying his football at the Tyneside club. The Brazilian left-sided player has suggested recently that he is keen to stay at Newcastle beyond the summer.

According to reports from the Chronicle, at this moment no deal is in place for Kenedy. Also, no price tag has been arranged for his services if Newcastle want to convert his move into a permanent transfer.

Rafael Benitez, the Newcastle boss, has said that the decision depends on Chelsea, but the Newcastle camp is increasingly positive that a deal can be struck for Kenedy in the summer transfer window.

“There are a lot of good players doing really well here this year,” said Benitez, as quoted by the Chronicle. We have to wait, but if the player is happy that is great.

“The decision depends on Chelsea too but I hope he can repeat his Southampton performance. Then we will see later.”

Kenedy’s time seems to be up with the Blues and getting a permanent deal with Newcastle would suit all parties involved.