Manchester United striker Radamel Falcao nearly joined Real Madrid before injuring his anterior cruciate ligament, it has been reported by Spanish television channel Neox. The Colombian striker, who has been a shadow of his former free-scoring self at Old Trafford, could have also ended up at the Santiago Bernabeu had compatriot James Rodriguez not had such a good World Cup.

Rodriguez won the Golden Boot in Brazil earlier this year, scoring 6 goals in the biggest stage of them all in international football. This prompted Real to buy the 23 year-old for a mammoth fee of €80 million. 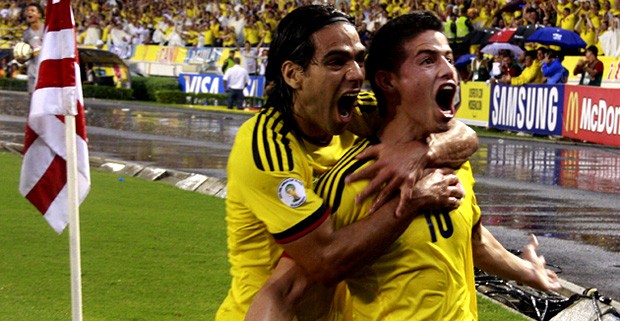 Falcao, on the other hand, ended up at Manchester United on a one-year loan deal from Monaco. The Red Devils have paid around €10 million for this move, and have an option to make the deal permanent for around €55 million at the end of the season.

The striker though, has only scored one Premier League goal so far, and has been overlooked in the last few games by Louis Van Gaal, who has deemed him to be not fit enough yet. With Robin Van Persie and Wayne Rooney both in good form, the 28 year-old will fight to land a regular starting place.