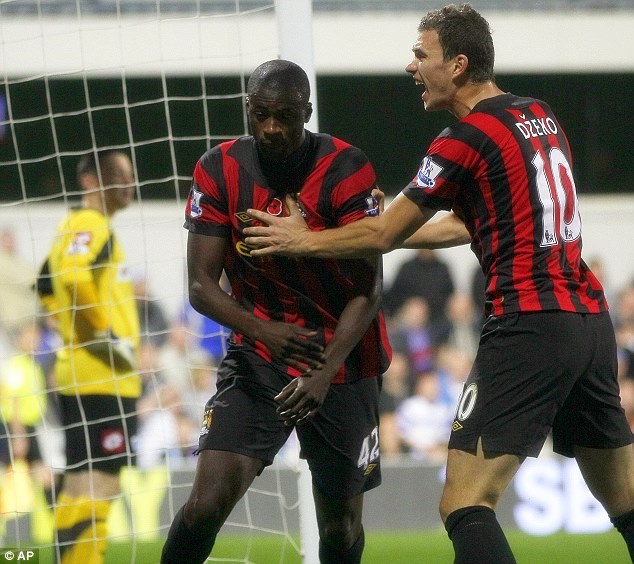 Manchester City continued their illustrious and table topping start to the English Premier League season with a 3-2 away win at Loftus Road against newly promoted Queens Park Rangers.

In truth, the scoreline flattered the travelling Manchester club as QPR fought tooth and nail with City and nearly upset a top four side for their second consecutive home match when they defeated Chelsea.

City would keep their five point lead at the top of the table thanks to their rivals’ home victory against Sunderland earlier in the afternoon which marked Sir Alex Ferguson’s 25th year as manager of Manchester United.

It was, in fact, the London side who started off the brightest as Loftus Road and were rewarded with Jay Bothroyd’s header in the first half. QPR were soon threatening to double their lead, rather amazingly, against the league leaders as Joe Hart was forced into a miraculous double save – mirroring that of Kieren Westwood’s at Old Trafford earlier in the afternoon.

QPR could’ve been out of touching distance as another Jay Bothroyd header was inches away as his effort clipped the outside of the post. Such is the luck of the top clubs, City’s form would be repaid with a leveller close to half time with Edin Dzeko’s individual effort saw him cut in from the touchline. The Bosnian would then deliver a heartbreaking finish against a frustrated QPR support who believed they should’ve led going into the half time break.

If anything, the latter stages of the first half could’ve turned the favour of Manchester City as Sergio Aguero went close in stoppage time, clipping the post from a well struck volley from the edge of the area.

Neil Warnock must have said something major as his side needed a response and that is what they got. Their pressure in the opening embers of the second half forced a good save from Joe Hart, saving from ex-City midfielder Joey Barton. All their pressing was to be undone from a wayward Armand Traore cross which triggered a quick breakaway, resulting in the in-form Premier League player at the moment – David Silva rifling in a close range effort from Edin Dzeko’s cross, scorer turning provider.

David Silva was a surprise omission from the Ballon D’or shortlist this week despite Luis Suarez being made a candidate although their similar birth into English football. Silva’s teammate, Sergio Aguero joined Manchester United counterparts Nani and Wayne Rooney as well as eight Barcelona players on the 23-man shortlist for the prize.

Silva’s early second half goal almost threatened to bring out City’s real form on the Loftus Road pitch. This new found form in the match sparked efforts from Dzeko and Aguero, both of which narrowly missed.

This didn’t deter QPR from pulling another fightback from their sleeves.

Armand Traore provided a cross which, unfortunately for the visitors, was pinged onto Jay Bothroyd’s head and subsequently struck the back of Heidar Helguson. This deflection changed the flight of the ball, putting Joe Hart off, and in the process nestling in the back of the net.

Although most of the City defence appealed for offside, the television cameras proved otherwise – the goal was perfectly legal and with twenty minutes of the game remaining, QPR had drawn level.

This false claim brought the best of City out of their shell for the final period. Aleksandar Kolarov’s beautiful cross into a towering Yaya Toure just five minutes after the home side’s equaliser got City back into the lead. 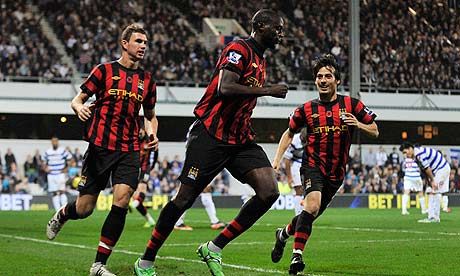 QPR were not done yet and the thriller in Hammersmith wasn’t done yet. Heidar Helguson’s last ditch effort nearly brought about a sixth goal and a leveller for the White City club, his inventive header rattling the outside of the post, agonisingly rebounding out of play.

Neil Warnock believes that City were lucky and the points could’ve gone either way in a very even and entertaining match. Warnock discussed plans to add to their squad in January as “they looked a bit light, with only 5 or 6 fit substitutes today” with their already brilliant signings by the ex-Blades boss, QPR could find themselves more in the hunt for a top half place rather than a relegation battle.

After today’s performance they definitely deserve to be a Premier League club next season.

The 3-2 win at Loftus Road ensured City become the fifth top flight club to come out of the first eleven games with ten wins and a draw to their name. Only on two occasions have the bearer of that opening record have spurned the Premier League, City don’t look, on form, to be doing such a disastrous thing as that.

With the poor form of Chelsea and Manchester United in the top four, it will be hard to see past Man City after October has brought out a contrast from which the earlier months had promised.

Read More from Jake Doyle at his personal football blog, The Twelfth Man.