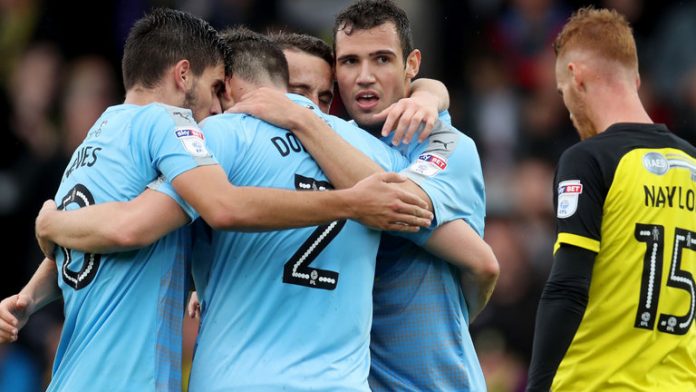 Wolverhampton Wanderers host Burton Albion on Saturday aiming to take another step towards the Premier League.

Wolves are just three points clear of Cardiff City at the top of the Championship with nine games to play, but they are 10 points in front of third-placed Aston Villa.

Sky Sports‘ pundit David Prutton believes Wolves will pick up another victory this weekend courtesy of a comfortable 3-1 scoreline (11/1 with Sky Bet).

He said: “The disappointment of losing to Villa was put right against Reading in the week and how good they’ve been this season reflects in games such as this, where you’d think it would be tough for Burton to contain Wolves.

“It’s not impossible, but I just feel that that nice 10-point gap Nuno’s men have got between themselves and third spurs them on to make sure they do eventually get automatic promotion.”

Wolves triumphed 4-0 in the reverse fixture earlier in the season and it’s difficult to imagine them not completing the double this weekend.

Burton have scored just 13 goals away from home this term and Wolves look a good bet at 5/6 to win to nil on Saturday.