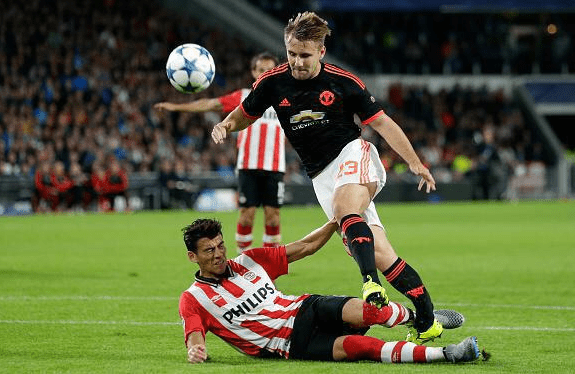 Manchester United left back, Luke Shaw has picked up a horrific injury against PSV in the first half of their group game.

PSV defender Hector Moreno inflicted a season ending injury on the young England full back with a diving tackle.

The players looked shell-shocked as Shaw screamed with agony. 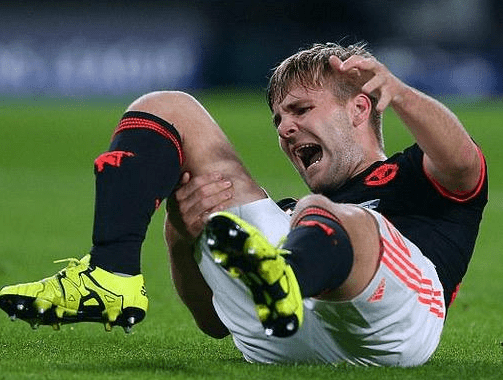 Images and reaction to the tackle indicated that Shaw might have a broken leg and could miss the rest of the season.

Following his horror tackle, Moreno himself realised how bad the injury was and looked distressed.

Overwhelmed by the messages of support, Shaw took to Twitter to thank his fans and promised to come back stronger.

Thank you everyone for your messages , words can’t describe how gutted I am , my road to recovery starts now, I will come back stronger.

Here is how Twitter reacted to the horrific leg-breaker.

Such a shame for Luke Shaw; was one of United’s best attackers and defenders. Sure will miss his direct running. — Liam (@OffsideLiam) September 15, 2015

That leg break is absolutely horrifying. Such a shame for Luke Shaw. Had started this season brilliantly. Terrible to see.

Got to feel for Luke Shaw. Got the feeling that he was finally coming to grips with his potential. — Tony Evans (@TonyEvans92a) September 15, 2015

And he was just beginning to enjoy his footballing days at United, Luke Shaw. To see any player injured in such severity is awful. Gutted.

Such a devastating blow for Luke Shaw. That will be his season almost certainly over, and out of Euro 2016 too. — Sport Witness (@Sport_Witness) September 15, 2015

Gutted for you mate hope you have a speedy recovery @LukeShaw23 — Nathaniel Clyne (@Nathaniel_Clyne) September 15, 2015

Horrible to see what happened I wish u all the best my brother and stay strong you will comeback even stronger @LukeShaw23
— Adnan Januzaj (@adnanjanuzaj) September 15, 2015

Here is how the UK media reacted to Shaw’s shocking injury. 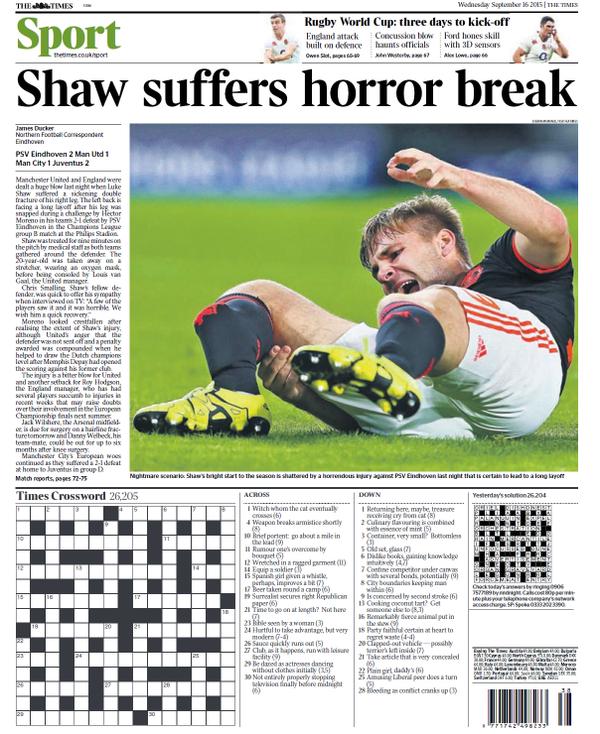 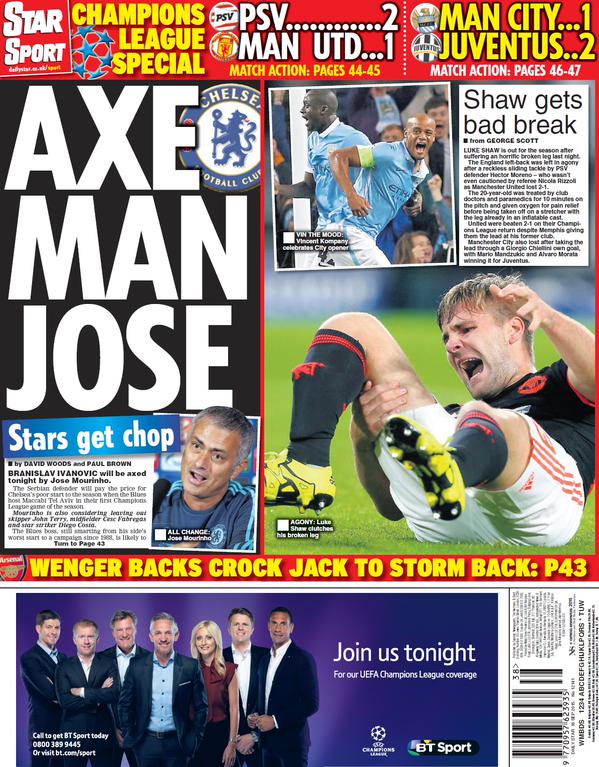 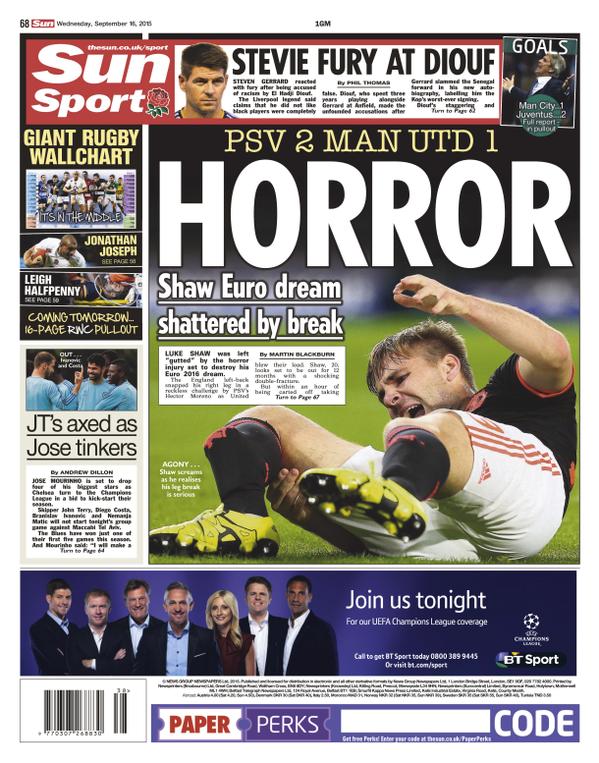 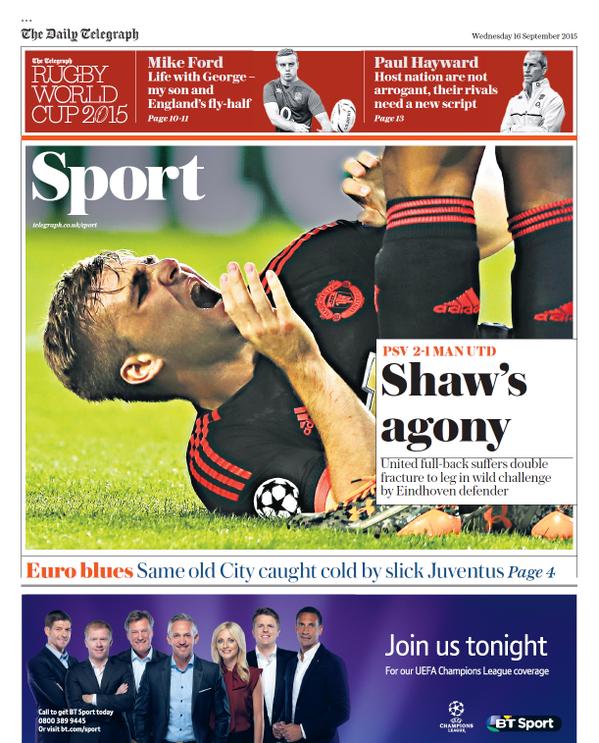 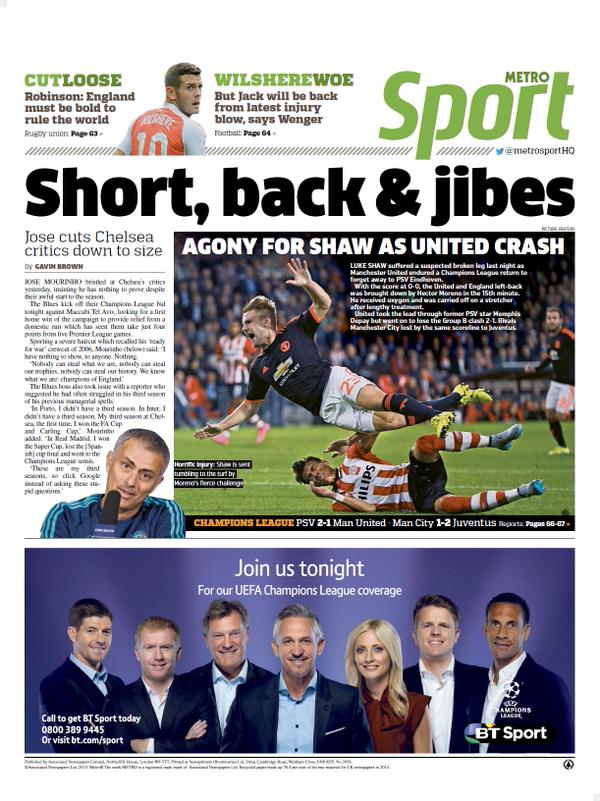