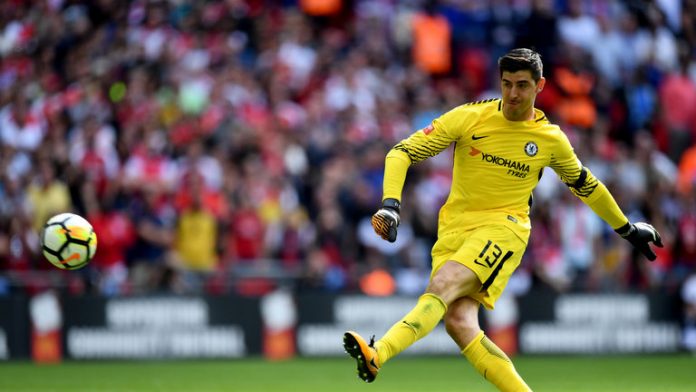 Chelsea goalkeeper Thibaut Courtois has been a subject of plenty of interest around Europe with the goalkeeper’s current Chelsea deal running out in 2019.

Real Madrid were said to be interested in getting the goalkeeper to Spain, and the goalkeeper himself had said that he eventually wants to move closer to his two children who still live in Madrid.

However, it seems like PSG are now also stepping up interest in the Belgian international and are willing to make him the highest paid goalkeeper in the world.

Real Madrid are likely to come full guns blazing for the Courtois, considering their other target, Kepa Arrizabalaga, signed a new deal at Athletic Bilbao.

The 25-year-old Chelsea stopper is currently stalling a deal to extend his contract with the top clubs in Europe interested in his services.

Chelsea is yet to receive any formal offer but Real Madrid and PSG’s interest in the player would certainly caution the club and Antonio Conte.

No formal offers or proposals as yet, but both Real Madrid and PSG are indeed sniffing around Thibaut Courtois again. Chelsea’s contract offer is still on the table, but no formal agreement has been reached as yet. #cfc pic.twitter.com/tbZkKBafke