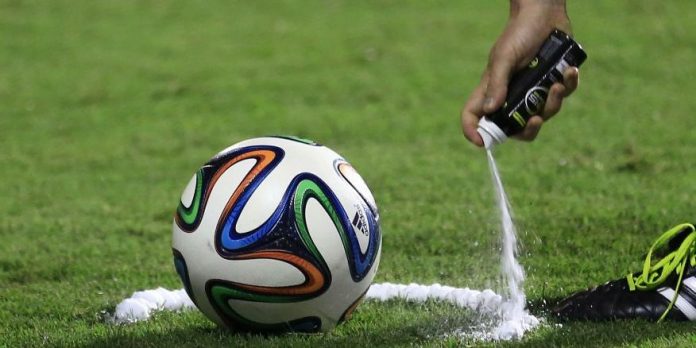 Patented by Brazilian inventor Heine Allemagne back in 2002, the ‘Vanishing Foam/Spray’ was one of the major new innovations employed at the 2014 World Cup in Brazil, with audiences across the globe fascinated by this revolutionary piece of refereeing kit for the duration of the tournament.

While its use during the World Cup was not a first for football, with leagues in the Americas having seen it used since 2011, the unique vanishing spray will be forever associated with the tournament in Brazil, and how it marked the end of defensive encroaching and sneaky ball moving in the big matches.

A long-running ‘bug’ in the game, the art of free-kick taking has been effected by tip-toeing defensive walls looking to deceive referees, preventing the attacking side making the most of what are often goal-scoring opportunities. The officials have been charged with far too much and for far too long, with human error and sheer amount of responsibilities on the field taking its toll on the fluidity and legitimacy of matches.

While there are plenty more areas in need of attention, the World Cup vanishing foam was a clear step in the right direction, with the referee’s 10 paces away from the ball adhered to in every one of the 64 matches played in South America.

But now the tournament is over, many fans will be wondering whether or not the spray really did serve its purpose and, by allowing for the correct and fair taking of direct free-kicks, give a proper advantage to the attacking side for fouls in their favour.

The guys over at ‘Sports Matrix’ have provided us with a statistical breakdown of the free-kicks taken first during the 31 games of Euro 2012 in Poland/Ukraine, and then the 64 matches during the 2014 World Cup in Brazil: 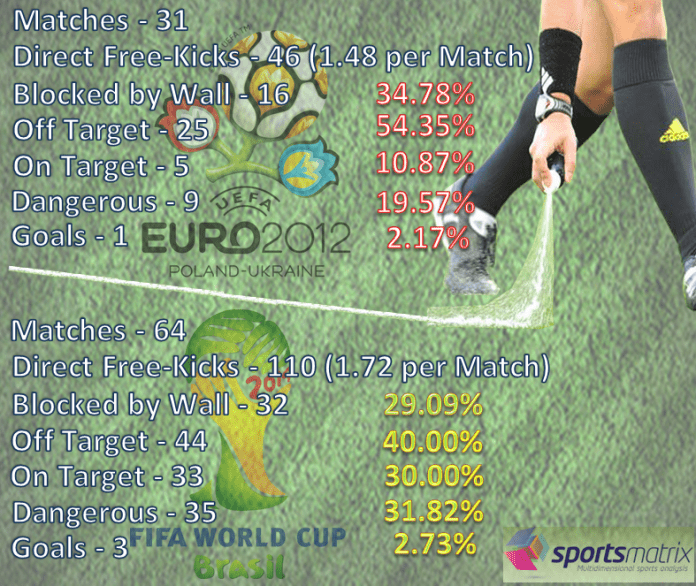 *A free-kick that qualifies as ‘Dangerous’ is one that either troubled the keeper or just missed the target (taken from the existing stats, calculated via the velocity of the strike and the distance from the keeper).

As we can see from the above stats, a lower percentage of free-kicks were blocked by the defensive wall during this summer’s tournament when compared to two years ago, with opposing teams having to stay behind the referee’s line. A similar amount of shots were off target in both tournaments, but just look at the ‘On Target’ stat for Brazil 2014!

A whopping 33 (30%) of the 110 free-kicks in Brazil fired at goal were on target, compared to a measly five from 46 (10.87%) in Poland. This is the clearest indication that the World Cup vanishing foam had a real effect on the free-kick taking during the tournament, with attackers given a fairer chance to hit the target following the opposition’s transgressions.

The percentage of ‘Dangerous’ free-kick hit this summer is is also higher than from two years ago, but oddly, just three World Cup goals were scored via direct attempts despite the amount struck on target.

Still, Euro 2012 only produced one solitary strike, and we must remember the level of goalkeeping in South America was of a particularly high standard throughout, with the likes of Tim Howard, Keylor Navas, Claudio Bravo and Guillermo Ochoa just some of the names to emerge from the World Cup as genuine stars of the tournament. 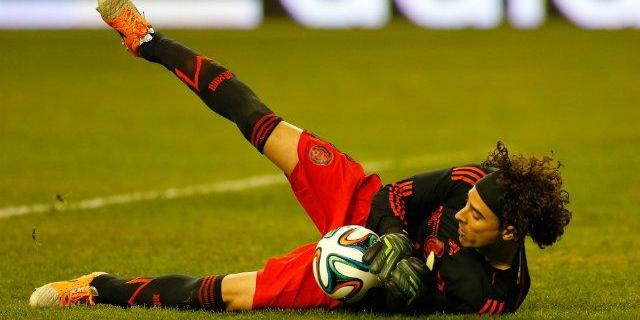 We will be seeing the spray much more often now, claims creator Heine Allemagne, with both the Champions League and Premier League firmly in his sights:

“It’s already been agreed that UEFA will use this in their championships,” said Allemagne (reported by Sky Sports),

Allemagne’s invention has come a long way since then, and I for one will be happy to see it implemented throughout the game after what was a very successful demonstration this summer in Brazil.

What do you think? Do you think the vanishing foam should be introduced to the Champions League and Premier League?