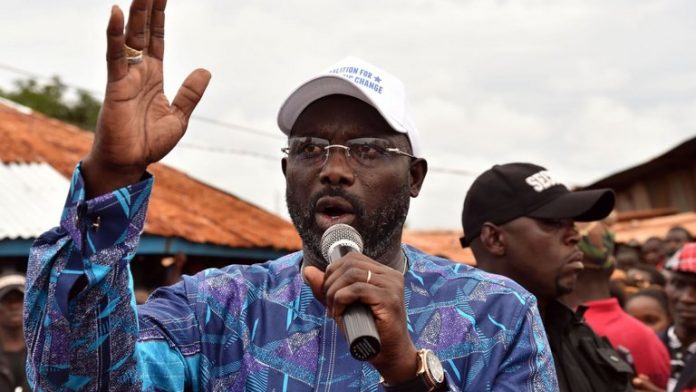 “Sport and politics don’t mix” or so the saying goes, but ex-international striker George Weah has gone a long way to disproving that theory.

Liberians danced in the streets as they waited to see the inauguration of the former footballer as their new president, but Weah has a massive job on his hands to turn around the country’s fortunes.

More than half of Liberians live in poverty, and it was these people who voted against the Unity party because of its failings on the economy and on fighting corruption.

Whether Weah’s success in football with the likes of Paris Saint-Germain and AC Milan will be replicated in politics remains to be seen, but the 51-year-old joins a long list of stars to switch careers after retiring from sport.

Sportslens takes a look at four other sports stars who have gone on to dabble in politics.

The former Barcelona star lit up the 1994 World Cup, which he won with Brazil, but he headed down the political route after hanging up his boots.

In the 2010 general election, Romario was elected to the Chamber of Deputies on the Brazilian Socialist Party ticket. He was a big critic of the decision to host the 2014 World Cup, saying the event was immersed in corruption and money laundering.

Romario was elected to the Brazilian senate in October 2014 with the most votes ever received by a candidate representing the state of Rio de Janeiro. He left the PSB in 2017 and became president of the Podemos party in the capital.

He was the poster boy of Pakistan’s National Cricket team, leading them to their first and only World Cup title in 1992.

Khan created the Pakistan Tehrik-e-Insaf party in 1996 and was elected to represent Mianwali in Parliament six years later. He resigned with other Parliament members in 2007 in protest of general Musharraf running for presidential election without resigning as army chief.

Musharraf put him under house arrest but he escaped and went on to address his grievances to hundreds of thousands of supporters. He still is a direct threat to the Pakistani establishment and spearheads the US anti-drone movement.

The legendary Dynamo Kiev and Milan striker enjoyed a glorious playing career, aside from an unhappy spell with Chelsea between 2006 and 2009.

Shevchenko backed the Social Democratic Party of Ukraine in the late 1990s and went on to endorse presidential candidate Viktor Yanukovych in 2004.

He joined the Ukraine – Forward! party following his retirement in 2012, but failed to win a seat in parliament and is currently the manager of Ukraine’s national team.

Pacquiao ultimately came up short in his much-awaited clash with Floyd Mayweather in 2015, but the boxer’s legendary status in the Philippines wasn’t harmed by that defeat.

He is the only eight-division world champion in the history of boxing and is also the first boxer to win major world titles in four of the original eight weight classes of boxing – flyweight, featherweight, lightweight and welterweight.

Pacquiao was elected to the House of Representatives in the 15th Congress of the Philippines in 2010 and was re-elected three years later. He was elected as a senator in 2016 and will serve a six-year term until 2022.