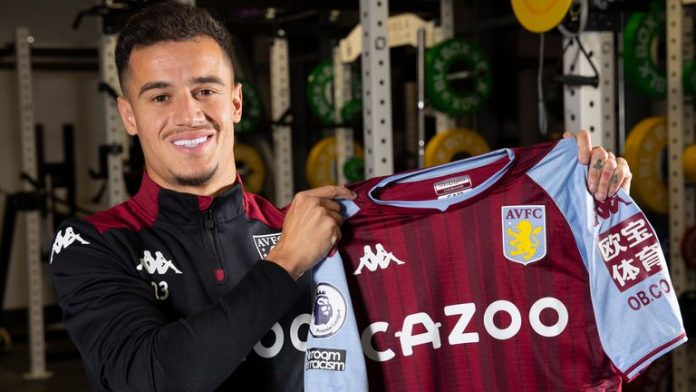 The January transfer window came to its conclusion on Monday night and the Premier League clubs have pulled off some remarkable additions over the last month.

The likes of Liverpool boosted their title chances with the signing of Luis Diaz for a fee of around £49 million. Meanwhile, Newcastle United have given themselves a chance of beating the drop with multiple signings.

Here at Sportslens, we look at the top five signings from the January transfer window.

The Porto attacker completed a big-money move to Liverpool last month and he has the potential to make an immediate impact at Anfield.

The Colombian’s style of play fits in perfectly with the type of attackers Jurgen Klopp prefers and he has been in scintillating form over the past year.

Liverpool needed to freshen up their front three especially after the dip in form of Sadio Mane and Roberto Firmino. Diaz will add competition and quality to the attacking department.

The 25-year-old is a wide forward who likes to take on players and score goals. It remains to be seen whether he can hold down a regular starting berth at Anfield now.

The moment you’ve been waiting for…

Newcastle United signed the Brazilian last month and he could prove to be an outstanding acquisition in the long run.

Guimaraes was being monitored by some of the top European clubs and there is no doubt that Newcastle have pulled off a coup.

Lyon were going through financial difficulties and the Magpies have done well to take advantage of that and snap up the highly talented defensive midfielder.

The 24-year-old will add composure and defensive discipline at the heart of Newcastle’s midfield. He will also shield the back four and improve the team defensively.

Burnley spent £12m on the Dutch international striker during the January transfer window and it could prove to be a very smart decision.

The former Bundesliga striker should be an upgrade on Chris Wood, who has signed for Newcastle United.

The Clarets needed to sign a quality finisher and Weghorst has the quality and the physical attributes to be an instant success in the Premier League.

The 29-year-old has scored 130 goals in his last seven seasons and he is a proven goalscorer. Burnley have scored just 16 goals in 18 Premier League matches and the arrival of Weghorst could transform their season.

The Dutchman could help them beat relegation if he manages to adapt to English football quickly.

The Brazilian was in desperate need of a move away from Barcelona and Aston Villa provided him with an exit route.

Coutinho has joined the West Midlands club on a loan deal and he has made an immediate impact at his new club. The former Liverpool star scored and assisted on his debut to lead an impressive comeback against Manchester United.

The 29-year-old knows the Premier League well and he could transform Villa in the final third with his creativity, flair and eye for a goal.

Furthermore, getting the player on a loan deal seems like a financial masterstroke.

Aston Villa and FC Barcelona have agreed terms for Philippe Coutinho to spend the rest of this season on loan at Villa Park. 🇧🇷

The England international joined the Toffees on a permanent deal last month and he will be hoping to get his career back on track with regular first-team football at Goodison Park now.

Alli is a bit of a gamble based on his recent form but there is no doubt that he was the most exciting prospect in English football not so long ago.

The midfielder could be an exceptional long term acquisition if he manages to recapture his form and confidence at Everton.

Alli needs regular playing time and a manager who will have faith in his ability.

Frank Lampard’s attacking approach could benefit the former Spurs ace. Furthermore, Lampard was a similar player stylistically and he might be able to get the best out of Alli at Goodison Park.

While the signing might not seem very exciting right now, it has huge upside potential.

✍️ | We have completed the signing of midfielder Dele Alli from Tottenham Hotspur on a two-and-a-half-year contract until the end of June 2024.