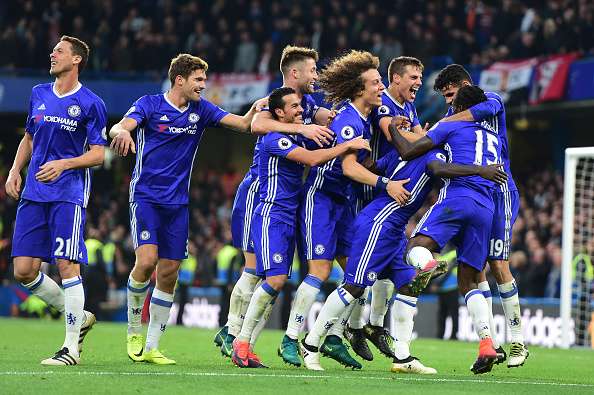 Chelsea have been the seemingly unstoppable team so far this season in the Premier League, as they currently sit comfortably on top of the table with a five point cushion over second place Liverpool. Last season’s misery has long been forgotten under Antonio Conte, as his side are playing incredible football so far this season.

Conte instituted an effective 3-4-3 formation which helps control the game in the midfield but also provides numbers going forwards and backwards. This allows for effective counter attacks and dynamic play going towards goal. This system has worked extremely well as Chelsea won 13 straight games in the league, only conceding four goals during that period.

However, Tottenham recently broke the streak with a commanding 2-0 win against The Blues on January 4th. Dele Alli sunk Conte’s team with two goals to lift Spurs into third place. Mauricio Pochettino’s side are still seven points behind Chelsea, but are only two off of Liverpool.

Tottenham’s impressive win may have broken Chelsea’s winning streak but they still hold a comfortable advantage over the competing teams. It is important for Chelsea to show their character and bounce back after losing their momentum.

The Blues did win their most recent game in FA Cup against third division Peterborough. This was a game that Chelsea simply needed to win and they did, putting four goals past the League One opposition. Pedro scored a double on the night while Willian and Swansea transfer target Batshuayi also found the back of the net with one goal each.

Chelsea’s next fixture is in the Premier League against last year’s Champions Leicester City on January 14th. This may be considered a must-win game by Antonio Conte and it will not be an easy match. Realistically, every game is a “must-win” when you are going for the league title. However, this game is crucial to Chelsea as they need to bounce back from their recent defeat.

Looking ahead, Chelsea have an easier fixture against Hull City who are currently at the bottom of the table. They will then face top clubs Liverpool and Arsenal. These upcoming matches will be a great test for Conte’s side and tactics as they look to regain their firm hold on the top spot in the league.