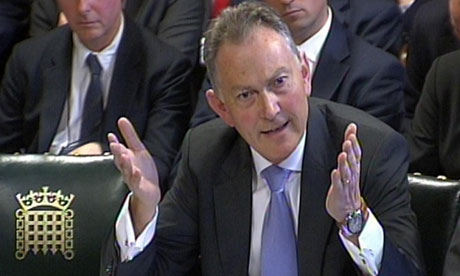 The top flight clubs in England are discussing a possibility of reducing the prices for away tickets for next season, according to the Premier League chief executive Richard Scudamore.

Football Supporters’ Federation (FSF) led a delegation of fans delivered an open letter to the Premier League clubs demanding a “cut in away ticket prices.” They submitted a request to put a capping of £20 for all away tickets, which is in line with FSF’s campaign “Twenty’s Plenty.”

Bayern Munich took on Arsenal at the Emirates in October and the travelling supporters of the German club were protesting the high ticket prices for the visiting fans. With the lucrative TV deal set to kick-in from next season, a reduce in away ticket prices will only be an encouragement for the travelling fans.

“We do think we probably have a role to play about away tickets. Away ticketing is rather unique, home fans pay a season-ticket price whereas away fans have to pay a single match price 19 times even though a lot of them are consistent, regular away fans. They do have a specific and unique role to play in football,” Scudamore explained.

“Therefore we are having discussions with clubs now about some sort of pervasive away-ticket initiative. Now clubs each invest £200,000 on their away fans going away. We are looking with the clubs at the minute to try to see if there is something more pervasive, something wider and broader. For next season. We are discussing a whole range of options.”

However, Scudamore believes it will be difficult for the Premier League to change prices of home matches as he believes it is “very complex.”

“No I don’t think it’s our responsibility to regulate it. The economics of each club are very complex. You could literally measure on one hand the clubs whose ticket pricing you might probably think is a challenge for most people. When you actually get into the reality of it most clubs are working very hard to keep the grounds full,” the Premier League’s chief executive explained.

“What a lot of the clubs in the regions are having to do, as opposed to some of the more privileged clubs in London, is very complex. The problem we have is there is almost no way of coming up with anything that makes any sense centrally because it’s a local economic issue.

“ Even if you said: ‘We think it would be desirable for every ticket price to be x’, there are immediately winners and losers in all of that. We don’t feel we have a central role in terms of home ticket prices because of the local economics – some clubs have got 42 different price points.”