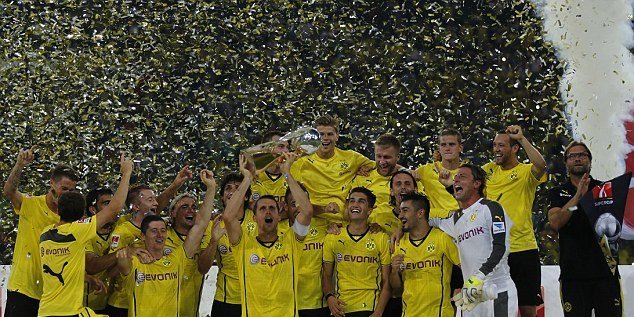 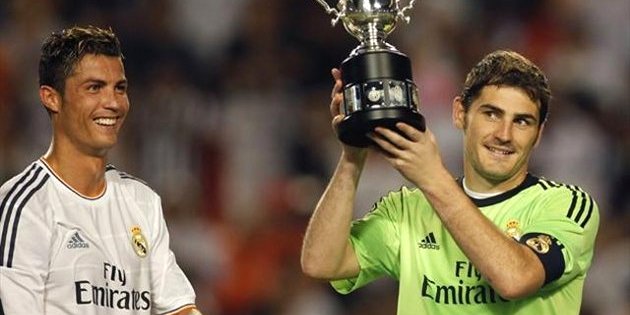 We noticed that many one-off pre-season matches have also started handing out trophies – the bank logo won by Liverpool during their tour in Thailand comes to mind. This is all very well for the winners, but we would not involve these ‘souvenirs’ in our title count as they are too many of them. Also excluded are what we like to call ‘Minor Mickeys’ – tournaments by random beer companies might be a celebrated annual tradition, but we are simply too selective to involve them in our tallying process.

No Mickeys – Poor, and possibly a trophyless season.

Carlo Ancelotti’s team is having a decent pre-season thus far. His team fended off a number of quality oppositions to claim the International Champions Cup in the USA, quite possibly the toughest of all pre-season tournaments to win. The Italian also has a great chance to add to his trophy collection before the season starts, with the Bernabéu Trophy against Al Sadd and Teresa Herrera Trophy against Deportivo la Coruna coming up.

The La Liga Champions are having an average pre-season by their standards. They rebounded well after losing the Uli Hoeneß Cup by thrashing Santos 1 – 0 to regain the Joan Gamper trophy. Barcelona also picked up a minor mickey by beating Valerenga in the Norwegian club’s 100th anniversary match. The big test will come in the Supercopa, where they will be facing David Villa’s Atletico Madrid team.

The Bavarians are having one of the best pre-season campaign in recent memory, continuing their tremendous form from last season. The two ‘home’ tournaments of the Uli Hoeneß Cup and the Audi Cup were wrapped up against quality opponents, and a first Telekom Cup win makes it another treble for arguably the best club side in football today. 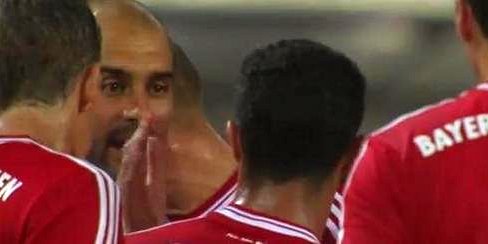 The minor mickeys of the Traumspiel and Paulaner cups make it all the sweeter, although losing the German Super Cup puts a big dent on their pre-season.

Losing to Monchengaldbach in the Telekom Cup semi-final denied us another showdown against Bayern Munich – but when the chance finally came, Dortmund hit their rivals where it hurt. The Super Cup is obviously the most prestigious of all pre-season tournaments, and Jürgen Klopp can reflect on a very positive start where Dortmund have won 8 of their 9 matches (that one against Monchengladbach was the only match they didn’t come away with a win).

Milan started their pre-season with a chance to win three titles and came away with none. Losing to Serie A new boys Sassuolo effectively threw the Trofeo TIM away. Then they were knocked out of the Audi Cup by Man City in that infamous 5-3 game. The final chance for pre-season glory ended when they were beaten by Chelsea in the International Champions Cup semi-final.

Napoli’s Emirates Cup campaign was a disappointing one, throwing away a 2-0 lead against Arsenal before losing to Porto. Somewhat ironically, the Rafa Benitez’s side have beaten tournament winners Galatasary in an unrelated friendly match a week prior to that, and the two sides were not scheduled to face off in London. New signing Gonzalo Higuain grabbed the solitary goal against Benfica in the MSC Conciere Cup, giving them their first trophy of the season.

A very strange pre-season for the Italian champions, who found themselves involved in no less than 4 penalty shoot-outs, losing three. A poor run in the International Champions Cup sees them on the losing end against Everton, LA Galaxy and finally rivals Internazionale to be classified last in the eight-team tournament. Perhaps the decision to not sign Nicklas Bendtner on a permanent deal is already starting to hurt them.

The big-spenders had an uninspiring tour of Austria and Sweden before turning it on when it matters. They came from behind with two late goals against Bordeaux to claim the Trophée des Champions.

Coming up in Part II – Mickey Tally for the Premiership clubs!