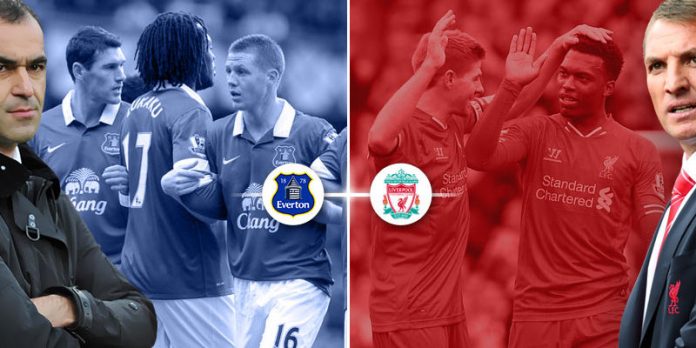 Everton entertain Liverpool in the early kick-off on Saturday. It will be the 221st Merseyside Derby, and with only three points separating the sides in the Premier League, it is shaping up to be one of the hardest fought encounters of modern times. 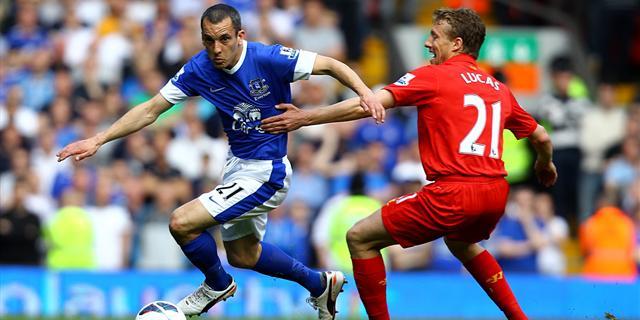 Lying second in the table, with only two loses blemishing their record this season, Brendan Rodgers’ young Liverpool side are going strong. Having dabbled with a 3-4-1-2 formation in recent weeks, Liverpool reverted to the tried and tested 4-4-2 formation for the home slaughter of Fulham last week. Rodgers may well stick to this for the Merseyside Derby, a crucial encounter, which will leave the Liverpool boss wanting anything but a defeat to their fierce rivals.

Defence: Left-back Jose Enrique looks set to miss out, with Brendan Rodgers intimating that the Spaniard may require surgery on his knee. This will mean Aly Cissokho would continue in a more withdrawn role on the left, having been deployed in the more advanced wingback position in recent matches. Mamadou Sakho’s recent heroics with the French national side could see him land a starting berth in the heart of defence alongside either Agger or Skrtel.

Midfield:  Steven Gerrard is a slight doubt for the Reds going into the fixture, having required a pain-killing injection in his hip in order for him to play in the 1-0 defeat to Germany in the week. Expect the Liverpool skipper to bust a gut in order to play; his absence would be a real surprise. With Rodgers reverting to the more conservative 4-4-2 formation, Jordan Henderson may be pushed out to be an unorthodox right sided operator, with cover needed in the face of the threat posed by Everton’s twin rampaging fullbacks.

Forward: Another worry for the Reds is the state of Daniel Sturridge. The England man has been suffering with a thigh problem, and depite limping out of the training session before the game, played the full 90 against Germany. He will be assessed before the tie, but with so much riding on the blossoming partnership of Sturridge and Suarez, you may find that a risk is taken on the 24-year-old.

Prediction: 1-0 – With several of the Reds’ stars struggling with respective fitness issues, I expect Everton to nick it at Goodison Park. Home advantage, coupled by a growing confidence in the Toffee’s ranks could well see them triumph on the day.

What do you think? Who will make the starting XI? Let us know in the comments below…