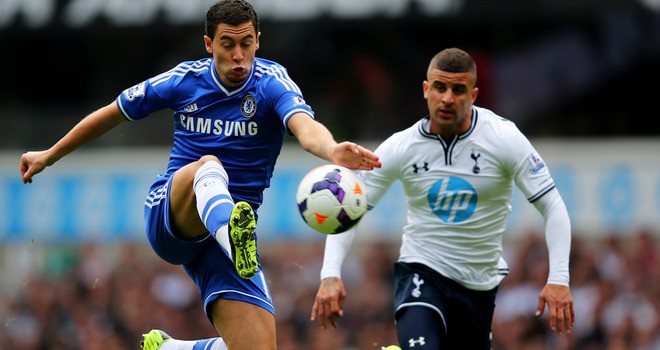 Chelsea will be looking to get back to winning ways when they take on Tottenham Hotspur at Stamford Bridge on Wednesday. After three consecutive wins, the Blues’ run was thwarted on Saturday when they were held to a goalless draw away at Sunderland.

Jose Mourinho’s side though, are still sitting pretty at the top of the table, six points clear of second-placed Manchester City. They will be looking to get the winning habit back against their close London rivals to ensure that a blip doesn’t ensue.

Mourinho has a good record as a manager against Spurs, losing only once in eight league encounters against the Lilywhites. Last season, this corresponding fixture ended 4-0 to Chelsea, with all the goals the results of individual errors by Tottenham in the second-half. Then-manager Tim Sherwood went on an alarming rant after that game, labelling his players ‘spiritless’.

Under new manager Mauricio Pochettino this season, Spurs have struggled to find the desired consistency but have hit some good form over the past couple of weeks. Three wins in four have lifted them up from the bottom-half of the table to 6th, and Chelsea will know that they a dangerous team to face at this point in time.

The biggest news as far as team news is concerned is that Chelsea striker Diego Costa is absent through suspension, after picking up his fifth yellow card of the season at the weekend. Loic Remy and Didier Drogba are therefore the options left with Mourinho, and it is expected that the manager will go with the former, despite Drogba’s brilliant past record against Tottenham. The rest of the side though, is expected to be unchanged. With a busy month coming up, Mourinho may be tempted to tinker with his side by giving the likes of Ramires and Andre Schurrle a chance, but whether he does it remains to be seen.

The following is the possible Chelsea starting XI against Tottenham: 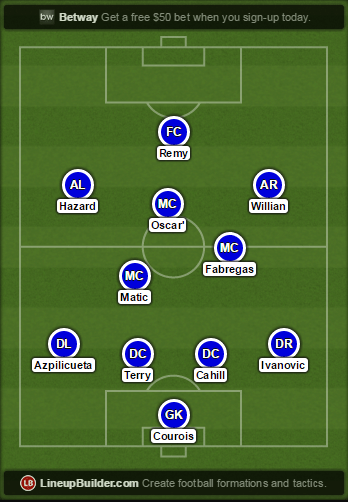 Tottenham have been on a very good run of late and come into this game full on confidence. Their chances of causing an upset against an outstanding Chelsea side though, look bleak. The Blues struggled to break down a defensively stubborn Sunderland, but Pochettino’s side will try and play some attacking football of their own, and give the home side gaps to exploit.

Even without Diego Costa, Chelsea have the goods to record a comfortable win.