The penultimate weekend of the Premier League action pits second placed Chelsea who play hosts to relegation threatened Norwich City. The Blues come into the encounter at the back of a dismal 3-1 loss against Atletico Madrid in the semi finals of the Champions League but can reclaim top spot in the standings as Liverpool play Crystal Palace later on Monday night.

Norwich however come to Stamford Bridge at the back of a dismal run of form which has seen them lose their last five consecutive games in the Premier League. Manager Neil Adams however is adamant that the Canaries will try to get as much points from their last two encounter in a bid to stave off relegation.

However is is expected that the Blues will steamroll past the away side as Mourinho looks to take advantage of any slip up from Liverpool in the race for the title. Jose Mourinho lost his first ever home game in charge as Chelsea boss when Sunderland grabbed an unlikely 2-1 at Stamford Bridge last weekend but should beat Adams’ side with relative ease. 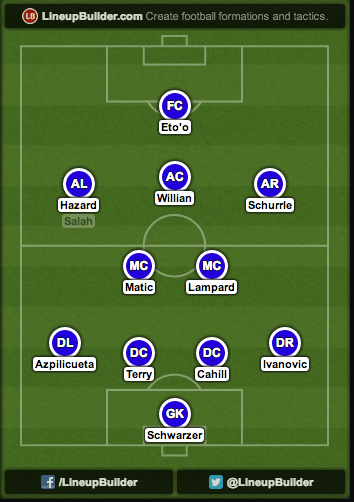 Prediction: 2-0; Chelsea will be looking to leave no stone unturned in order to have any outside chance of winning the title. Expect a comfortable home victory for the Blues.