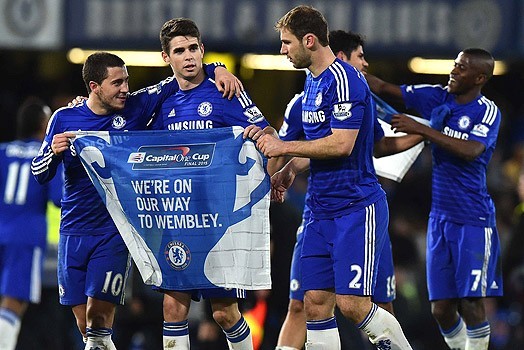 It’s the first cup final of the season, and it’s a big one. Chelsea and Tottenham Hotspur have a lot of history between them, and the duo clash in the Capital One Cup final on Sunday at Wembley in a game that promises to be a cracker.

Jose Mourinho and his Blues are searching for their first piece of silverware since the Portuguese’s return to Stamford Bridge in 2013. After a trophyless campaign last year, it is imperative that they break the duck this time around. They are comfortably placed five points clear at the top of the Premier League, but going into the rest of the run-in with a cup under their belt will be a huge confidence-booster.

Mourinho has stated his fierce desire to win the game on Sunday, in his press conference earlier on today:

Spurs, on the other hand, will be full of confidence due to their strong recent form, and also by their incredible 5-3 win over Chelsea on New Year’s Day earlier on in this season. Striker Harry Kane has been in stunning form, and even though a top 4 finish is still very much on the cards, a win on Sunday will seal a successful debut season for Mauricio Pochettino at White Hart Lane. 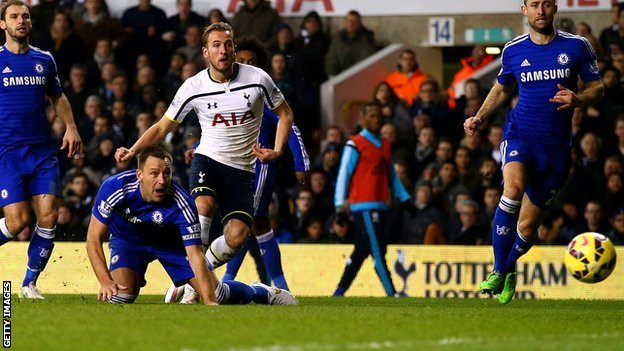 Tottenham though, are coming off the back of an exit from the Europa League at the hands of Fiorentina on Thursday night. There will be many changes from the team that started in Florence, but there may be signs of fatigue, even though Mourinho doubts it.

Jose doesn’t think we will have a physical advantage over Spurs because they will make many changes from their team yesterday. #CFC — Chelsea FC (@ChelseaFC) February 27, 2015

With regards to team news for Chelsea, Mourinho confirmed that there are no fresh injury doubts, which means that John Obi Mikel is the only player that misses out with a knock. The Nigerian has been suffering from a knee problem and has yet not fully recovered. This means that the Blues have a slight concern in the defensive midfield department, with Nemanja Matic also out. The Serbian was controversially sent off last week against Burnley and even though the FA reduced his ban to two games, he will be out for the final. As a result, Ramires will be the one to start alongside Cesc Fabregas in the two-man pivot in front of the defensive line. Apart from that, the line-up is expected to be the strongest group that the manager can pick.

Striker Diego Costa has 17 league goals to his name this season, but is yet to find the net in any other competition. The game on Sunday provides him with the perfect opportunity to change that stat.

The following is the possible Chelsea starting line-up against Tottenham Hotspur in the Capital One Cup final on Sunday: 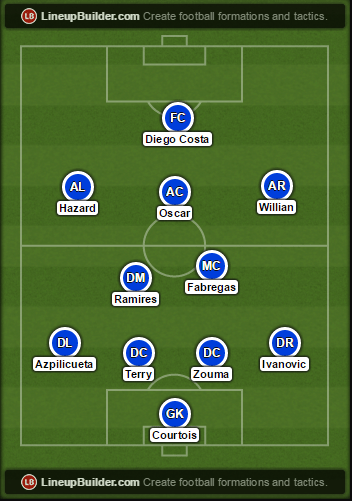 This is a very difficult game to predict, as there are many sub-plots. Chelsea are undoubtedly weakened by the absence of Matic, and the heavy defeat suffered at the hands of Spurs exactly two months ago will certainly be weighing heavy on their minds. The Lilywhites though, are coming into this game on the back of a trip to Italy on Thursday.

It is a tantalising match-up, which could go either way. Mourinho though, is better at plotting the downfall of an opposition than anyone else in the world. This game could extend beyond the normal 90 minutes, but I expect Chelsea to come out on top by the narrowest of margins.