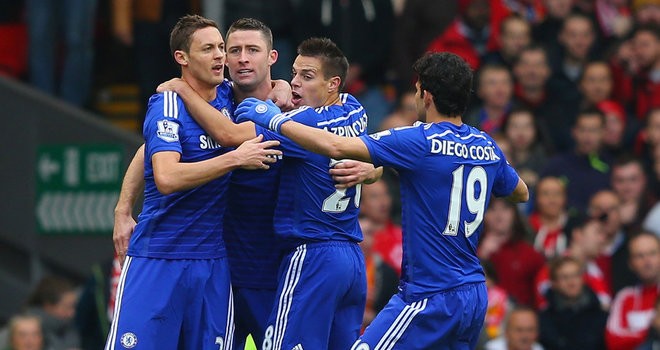 The Capital One Cup is the first trophy up-for-grabs every season. Two extremely successful teams in the history of the competition in Chelsea and Liverpool collide in the semi-finals for a place in the final in February. The first leg takes place on Tuesday at Anfield.

Both the sides will want to win the competition desperately, albeit for two very different reasons.

For Premier League-toppers Chelsea, it is a chance to win their first piece of silverware of the season and set the tone for the three other competitions they are gunning for. In the 2004-05 season, Mourinho’s men won the competition in February (then called the Carling Cup) and then went on to win the Premier League as well. It was a side that had a lot of promise, but winning a trophy gave them the confidence that they could do it on the biggest stage as well. It is a very similar situation now, with Chelsea’s side gaining a lot of accolades for their fantastic football. But Mourinho has stated that they need to win something before they can seriously be compared to some of the great sides in Premier League history.

For Liverpool, it is an opportunity to salvage something from what has been a disastrous campaign. After finishing runners-up in the league last season, they are floundering in 8th this time around. Brendan Rodgers has come under a lot of pressure regarding some decisions that he has taken. But winning a trophy even after such an-otherwise forgettable season would be a great achievement for the Reds.

With regards to team news, Chelsea are expected to field an extremely strong side, especially after their incredible performance at the weekend which saw them win away at Swansea City by a 5-0 scoreline. The coming weekend offers a break from Premier League action as the Blues take on Bradford City in the fourth round of the FA Cup. This gives them a chance to rest a few key players.

The following is the possible Chelsea starting line-up vs Liverpool: 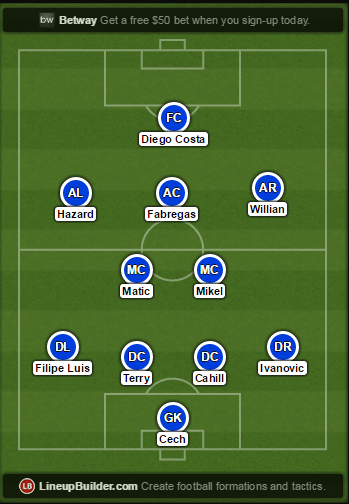 Chelsea look near unstoppable at the moment. But Liverpool know how to rise to the occasion in these games like no one else. The Kop is sure to be in full voice, and hopefully, the game will not disappoint. It is difficult to see the Blues losing this one, with the kind of confidence they are playing, and their quality should be good enough for them to get a narrow win.