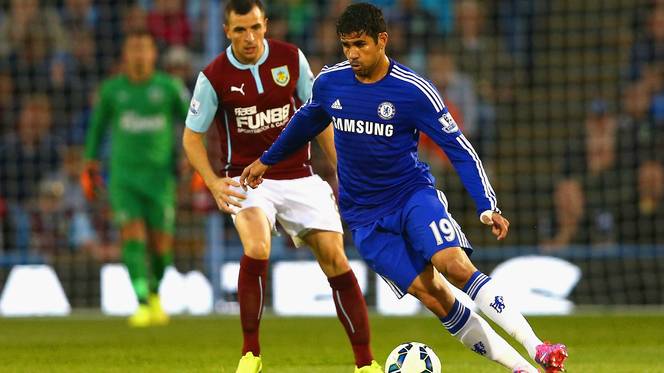 A lot has happened since Chelsea took to the field against Burnley at Turf Moor back in August on the first day of the season. But over that period, one thing has remained a constant, and that is the Blues position in the league. Jose Mourinho’s men won 3-1 that day to go top. Today, 25 league games in, they are seven points clear at the summit.

This week sees the opening round of fixtures get replayed, and Burnley make the daunting trip to Stamford Bridge on Saturday. The signs are ominous for the Clarets and Sean Dyche knows that even his side’s best may not be enough against a Chelsea side looking more and more likely with each passing week to become champions.

Burnley, on the other hand, are staring relegation right in the face. They are currently in 19th place and even though there is only 2 points between them and safety, a four-game winless run has not helped their cause at all. They have lost three of those games, including two to teams around them – Sunderland and Crystal Palace.

Chelsea come into this game on the back of an extremely promising result in the Champions League in midweek –  a 1-1 draw away at Paris Saint-Germain. This puts them in pole position to qualify for the quarter-finals in the second leg at Stamford Bridge. They have another exciting day to look forward to next weekend, when they travel to Wembley to take on Tottenham Hotspur in the final of the Capital One Cup, the first trophy up for grabs this season.

But, Mourinho  is expected to play a full-strength side for this game against Burnley. John Obi Mikel is the only absentee through injury. Diego Costa, who is the Premier League’s top-scorer with 17 goals, features for the first time in the competition in three games, after serving his ban. Cesc Fabregas is also set to feature for the first time in the league since injuring his hamstring in late January.

The following is the possible Chelsea starting line-up for the game against Burnley on Saturday: 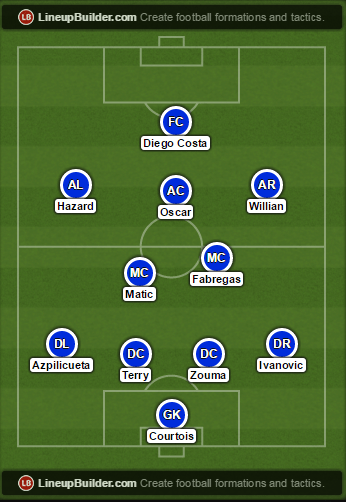 Chelsea are expected to win this one comfortably, and there is hardly anything to suggest that Burnley will even come close to posing a threat. The Blues have one of the strongest attacks and one of the meanest defences in the whole league, and at home, there are very few teams who can cause them concern. Burnley are certainly not one of them.