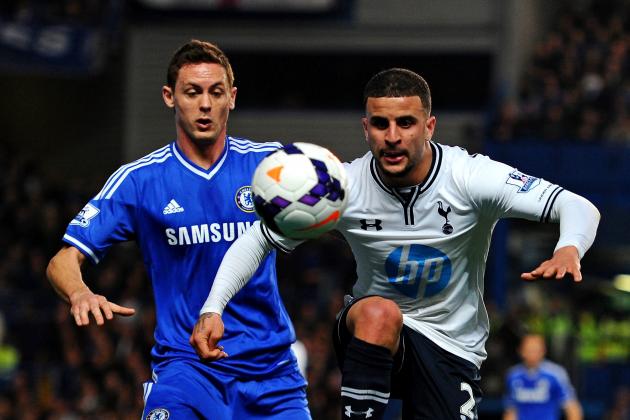 Chelsea kick 2015 off with a difficult trip to White Hart Lane to take on Tottenham Hotspur. The Blues were let off the hook by Manchester City and despite drawing on Sunday against Southampton, maintained their three-point lead at the top of the table.

Jose Mourinho’s men will hope that the New Year brings a lot of success for them. Chelsea are in the semi-finals of the Capital One Cup, and, as mentioned earlier, top the Premier League table. They are also in the knockout rounds of the Champions League.

In their last match though, they underperformed and despite dominating for most periods, failed to find the winner against a dogged Southampton side. City’s draw later in the day against lowly Burnley though, meant that their lead remained intact.

Spurs have won 3 out of their last 4 games, and have lifted themselves up to 7th in the table. The London derby against Chelsea always produced some kind of fireworks or the other, and this game is expected to be no different.

Mourinho is expected to revert back to his strongest XI, after making a couple of changes for the game at St. Mary’s. Oscar and Willian are expected to come back into the line-up, in place of John Obi Mikel and Andre Schurrle respectively.

Here is the possible Chelsea starting line-up against Tottenham: 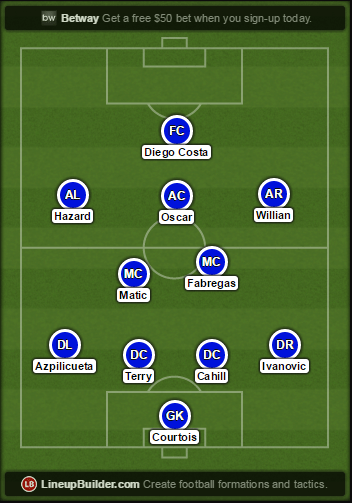 This will be a tense game, and Chelsea know that White Hart Lane is never an easy place to go to. It hasn’t been the best of hunting grounds for the Blues in recent years, but Mourinho will want a reaction after the slip-up on Sunderland. After the Portuguese’s rant on Sunday about the referees running a ‘campaign’ against them, it won’t be too surprising to see Chelsea being awarded a soft spot-kick too.