Portugal 2-1 Ghana: Paulo Bento’s side out of the World Cup despite win 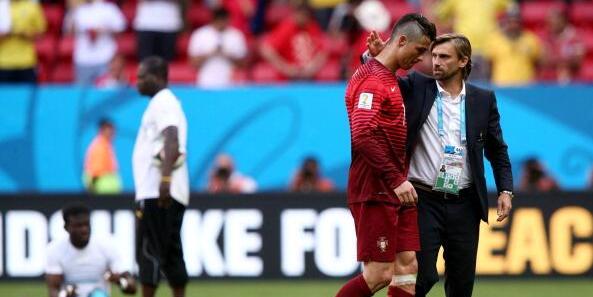 Cristiano Ronaldo ensured Portugal would finish their finish their disappointing World Cup campaign with a 2-1 over Ghana but Paulo Bento’s side failed to qualify for the last sixteen despite the hard fought victory in Brasilia.

The Portuguese were lucky to get the lead just past the half an hour mark as Ghana defender John Boye flicked the ball into his own net from Miguel Veloso’s cross. 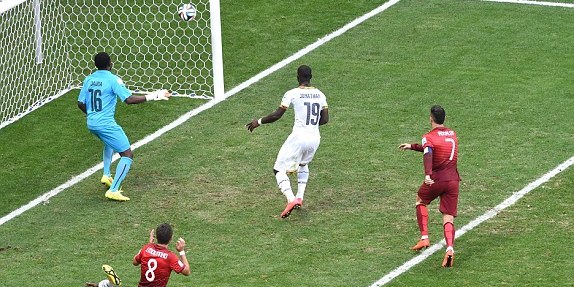 The African side should have restored parity minutes later but striker Asamoah Gyan failed to hit the target after controlling a brilliant cross from the flank. Gyan did score the equalizer soon after, however, latching on to a superb cross from Kwadwo Asamoah who found the striker with marvelous awareness and precision.

Cristiano Ronaldo then scored the winner lat on but it was not before Ghana goalkeeper Dadau made three absolute stunning saves to deny the Ballon d’Or winner. 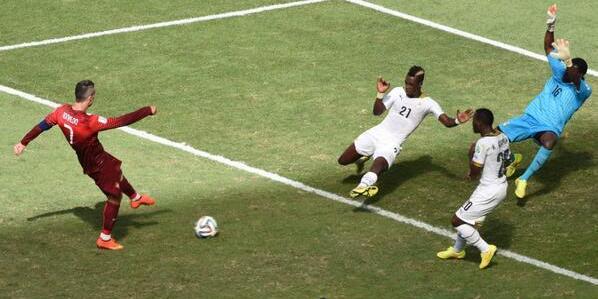 The Real Madrid star was thwarted time and again by Dadau who simply refused to let a goal past him as Ronaldo cut a frustrated figure in the sunny afternoon at the Estadio Nacional de Brasilia.