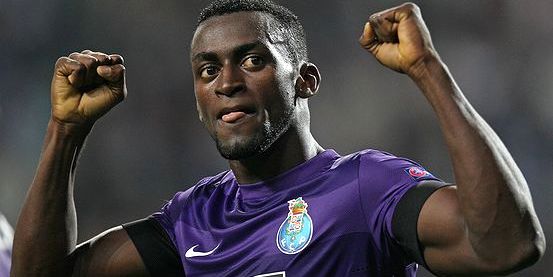 Chelsea are looking to add one quality striker to their ranks in the summer. In fact, they may need more than one.

The Blues manager Jose Mourinho is dissatisfied with the current bunch of strikers he has at disposal, and will be looking to make the cull in the summer in order to make necessary additions. 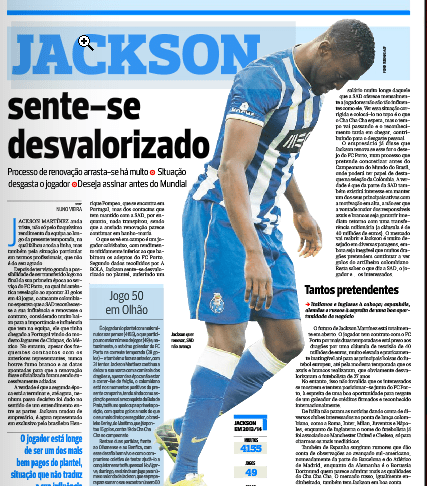 The London giants have been linked with a move for Atletico Madrid striker Diego Costa, while there have been interest for Porto striker Jackson Martinez as well.

The 27-year-old Colombian has been targeted by several Premier League heavy weights including the likes of Manchester United and Arsenal.

Earlier this month, A Bola reported that ex-Manchester United manager David Moyes was plotting a move for the striker. However, it remains to be seen whether United at all maintain their interest, following the sacking of Moyes.

Furthermore, United have been keeping a close tab on Edinson Cavani and probably would be trying hard to get him in the summer.

A Bola today reports that Jackson, who supported Chelsea and Arsenal when he was a kid, is feeling devalued by Porto, due to lack of contract renewal talks.

Several European heavy weights like Chelsea, Inter Milan, Borussia Dortmund and Juventus are also keen to secure his services, but it’s unlikely anyone will meet his buyout clause of €40m.

In such a situation Porto might reach a suitable deal beneficial for both parties. With Chelsea needing a striker and Porto willing to sell as well, it might happen that the Blues could strike a deal for the Colombian, if they show genuine interest in summer.