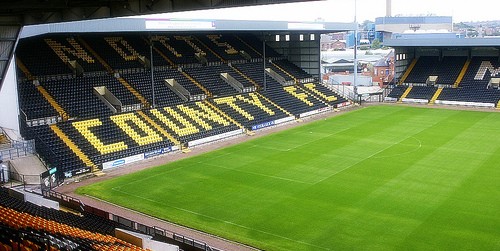 In an attempt to turn equipment confiscated by police to legal use, League One club Notts County will use heat lamps seized from cannabis farms to grow grass.

These heat lamps were seized by police in raids on the local cannabis farms which grew marijuana. Now, these lamps will be used to grow completely legal grass at the Meadow Lane Stadium.

Founded a 151 years ago, Notts County is the oldest football club in the world. The last time they played in the top tier of English football was in 1991-92, before the inception of the Premier League. In the 21st century, the club has faced a number of financial problems and has seen a few owners come and go.

A spokesman for Notts County said that the police had donated the lamps to the club instead of being crushed as originally planned. Students from the Nottingham University are designing and building wheeled rigs to house the lamps and by the time next winter arrives, they should be ready.

Stadium manager, Greg Smith, said that the lighting rigs will help the grass grow even during the harsh rigours of winter. Smith told BBC:

“We have both sports at the club, football and rugby, and we’ve got a main stand that doesn’t allow the light in during the winter.

“So, we can have them from the start of October through to the end of February, hopefully growing grass for us.”

To show their gratitude to the Nottinghamshire Police for the lamps, the club has made a donation to a local charity supported by the department. Police Superintendent Mark Holland thought it was a win-win situation for all involved. He also said:

“This property would normally be crushed, so it is important it gets reused and a lot of people are getting the benefit from it.”