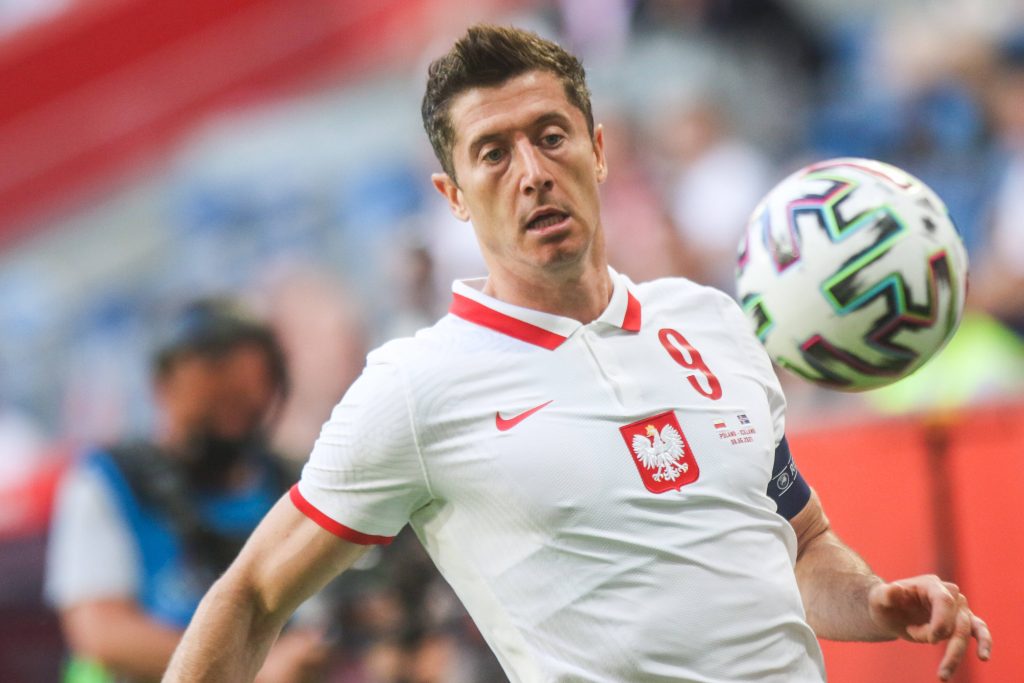 Poland’s Euro 2020 campaign gets underway on Monday afternoon as they take on Slovakia at the Krestovsky Stadium in their Group E curtain-raiser.

The stage is set for Bayern Munich talisman Robert Lewandowski to improve his team’s paltry goalscoring return at the European Championship finals.

Meanwhile, the Slovakians return to the big scene after missing out on the 2018 World Cup, looking to replicate their Euro 2016 feat and make it out of the group stage.

Poland and Slovakia have never met at any major international tournament before.

Interestingly, just one of the previous eight H2H meetings between these two teams has ended level, with Poland securing three wins compared to Slovakia’s four triumphs.

Each of their last three encounters has seen the winner on the day keep a clean sheet.

Poland have qualified for their fourth consecutive European Championship tournament since making their competition debut in 2008, with quarter-finals elimination to eventual winners Portugal at Euro 2016 their solitary knockout stage appearance.

Euro 2016 Group C victories over Northern Ireland and Ukraine remain Poland’s only triumphs at the European Championship if considered only 90 minutes of play (D6, L3).

Despite bowing out in the quarter-finals, the Poles finished the last Euro edition as the only team never to fall behind in neither regular nor extra-time.

Poland’s slow starts to their major tournament adventures could give Paulo Sosa a reason for concern, with the Eagles picking up just one win in their nine opening matches at both World Cups and Euros (D4, L4).

Moreover, they have claimed just one win in their last seven international fixtures ahead of the tournament (D3, L3), conceding 2+ goals on five occasions.

Slovakia are taking part in their third major international tournament after qualifying for the 2010 World Cup and Euro 2016.

Their previous appearances at the most prominent international stages ended in the round of 16, including a 3-0 thumping to Germany at Euro 2016.

Except for a 2-1 victory over Russia in the 2016 group stage, the Falcons have failed to win any of their remaining three matches at the European Championships (D1, L2).

Stefan Tarkovic’s players have played out four draws in their last five international fixtures ahead of Euro 2020 (W1), coming from behind to avoid defeat twice in that sequence.

The Slovakians have drawn a blank three times in their last six outings, with four of their five goals scored in that period coming before the hour mark.

Poland vs Slovakia Players to Watch

The name speaks for itself. Lewandowski is arguably the deadliest striker in European football at the moment and Poland’s all-time highest goalscorer.

After enjoying a record-breaking season at Bayern, the 32-year-old will be keen to translate his outstanding club form to the international stage.

Even though he is unlikely to influence Slovakia’s offensive set-up, Inter Milan’s Milan Skriniar will be engaged in a key battle against Lewandowski.

The 26-year-old centre-back was part of the Inter Milan side to keep 15 clean sheets in their triumphant 2020/21 Serie A season.

He will be entrusted with an uphill task of keeping the Bavarians goalscoring machine at bay.