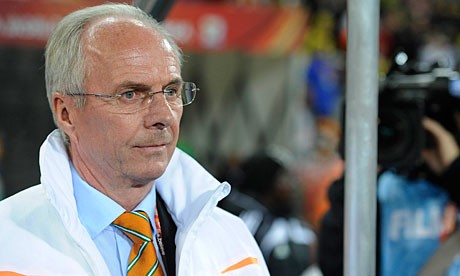 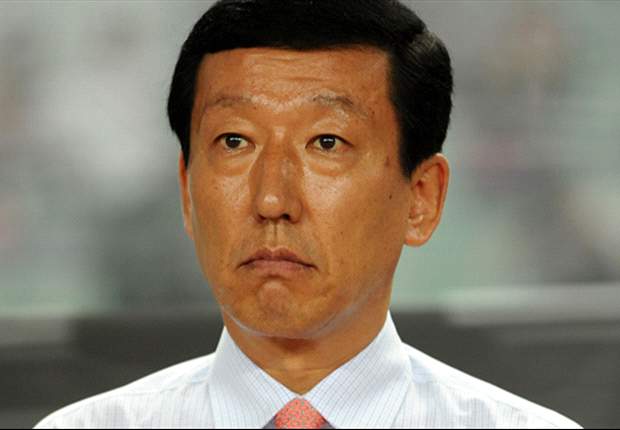 You could say that Choi Kang-Hee had a crisis of confidence, but that wouldn’t be quite right – Choi never had any confidence to begin with. Time and time again in 2011, the South Korean FA came to Choi asking him to taking over the national team. But for some reason, Choi wouldn’t sign.

For one, Choi was happy with his club Jeonbuk, who he had won the K-League championship with just a few weeks before South Korea came calling. But the biggest sticking point was that Choi wasn’t interested in managing the team in the World Cup. Actually, he refused to take South Korea to the World Cup.

He would try to get them to Brazil, alright, but he wouldn’t be on the plane. When South Korea finally relented and Choi signed, he said: “I asked that (the contract only runs until June 2013). What we need to do is qualify for the World Cup finals for the eighth time in a row.”

“My mission is to take the national team to the finals. After that, a foreign coach should take over the team. If the KFA does not accept this, I won’t sign the contract.”

Choi thought qualification was the limit for a domestic coach. Then a foreigner, almost certainly a European, would swoop in a few months before the tournament and transform South Korea into a force to be reckoned with in Brazil.

Where was this man’s ambition? His drive? Sure enough, after (barely) sealing South Korea’s qualification, Choi resigned.

It wasn’t unexpected – Choi talked of his impending departure multiple times before doomsday – but it was still somewhat staggering. Was it a stunning inferiority complex that led Choi to his logic that South Koreans would be best served coached by a foreigner?

It just doesn’t make sense. No one knows the culture of the country and the makeup of the players on a national team better than a countryman. But there is a long-held belief in many parts of the world that their coaches simply cannot standup to coaches from other countries, and when World Cup time rolls around, everyone has to get serious and hire a European.

In the buildup to the last World Cup, South Africa dumped their coach in favor of the Brazilian World Cup-winning manager Carlos Alberto Parreira. Ghana have been led in the last two tournaments by – get this – Ratomir Dujkovic and Milovan Rajovic.

Ghana, of course, exceeded expectations. South Africa and Parreira did well too. Many of these foreigners are damn good coaches. But some are just hired out of a bizarre, panicked need to see a high-profile boss in charge for the World Cup. Those hires often don’t work.

Sven Goran-Erickson for Ivory Coast in 2010, or Lars Largerback for Nigeria? These coaches were rentals, flown in for the tournament, and flown out afterword. What lacks is an emotional connection or real investment from the coach to the players, and visa-versa.

Unless a coach is installed well before the tournament, they simply have no way to engrain themselves in the team and country – and even if coaches are installed years before, they often don’t have the commitment required to make that hope a reality.

When they had a vacancy in 2013, they became the only team ever to approach the old France coach Raymond Domenech. Eventually, they selected German journeyman boss Volker Finke.

Those two teams happened to be African teams that were so fed up with their European coaches, that they both got fired and replaced with native managers for the last group game.

Not one African team had a native coach.

Now the 2014 roster of coaches sees 14 foreign coaches. One reason, of course, is that the world is getting smaller, but there is an undeniable squeamishness that comes with smaller teams appointing domestic coaches.

Some of the logic is clear – the FA’s from Central America, Africa, Asia, and sometimes even South America watch the Premier League, and the Bundesliga, and the Champions League, and they are enamored with the great teams, and take note of the coaches of those teams. How could a coach who has worked his trade in the league in Nigeria, or Honduras possibly match up?

Maybe one of those coaches could negotiate qualification on the continent, but when it’s time to make the step up to the world stage, to the big time, they must be replaced.

In fact, when Stephan Keshi, the Nigeria coach and former captain who has set out to show some faith, picked players for the team out of the Nigerian league, the press ranged from flabbergasted to enraged. No Super Eagles manager for years has picked players who play in Nigeria. They are automatically thought of as not good enough for the national team.

As the USA, with the growth of MLS will tell you, a strong domestic league is absolutely crucial as a breeding ground for national team success. 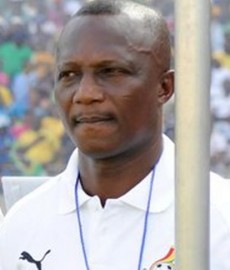 Ghana have turned to an African coach this time, Akwasi Appiah, who is a strong proponent of African coaches coaching African national teams. It is ironic, then, that Appiah has had his job lorded over his head by the Ghana FA consistently.

After a poor showing in the 2012 African Cup of Nations, the Ghanian FA put Appiah through a public coaching clinic, and they have consistently dropped hints about replacing him with a European. Recently they have been negotiating with Avram Grant.

This isn’t to say that foreign coaches can’t succeed with other national teams, and it’s also not to say that there is anything wrong with that formula. But often people better suited to a job get overlooked for a shiner name.

Yes, in some cases in these smaller football countries, there just isn’t a manager qualified enough for a national team job. But frequently, those managers exist and are simply ignored.

You’re telling me there is no African coach more qualified to head up the Ivory Coast than Sabri Lamouchi? This is Lamouchi’s first managerial job, and his only qualification is being a solid French player a decade ago.

Even Sepp Blatter, who rarely says anything right, has alluded on occasion to that unwritten rule that national teams should be coached by people from that country.

Look at all the favorites for this summer – they are almost all coached by native managers.

And until the countries in Africa and Central America and beyond can say the same, they won’t be contenders for football’s greatest prize.