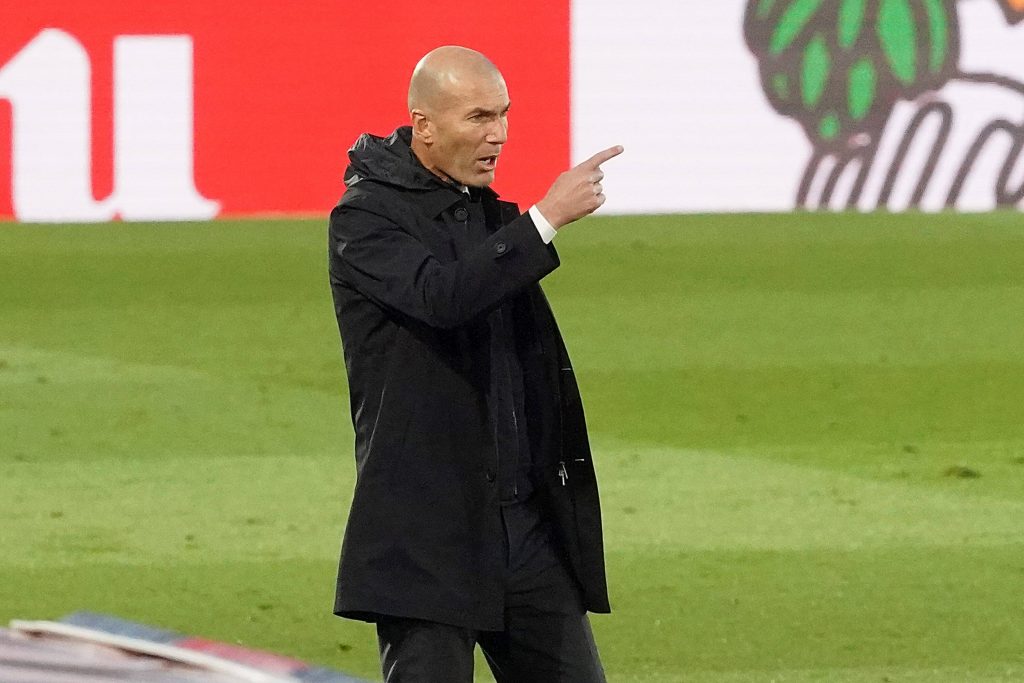 Zinedine Zidane will quit his job in charge of Real Madrid this summer, according to a report by the Daily Mail.

Zidane first took charge of his former club back in January 2016 following the dismissal of previous manager Rafa Benitez. The Frenchman had worked with the club’s B team for the two years before his appointment.

In his managerial debut season, he helped the club win the Champions League, defeating local rivals Atletico Madrid in the final on penalties.

He followed this up with another European title the next season, becoming the first club to win back-to-back Champions Leagues.

In the same season, he secured the club’s first La Liga title since 2012.

The next year, he won a third straight Champions League trophy, beating Liverpool 3-1 in the final thanks to a Gareth Bale brace. He resigned shortly afterwards, being replaced by Julen Lopetegui.

However, it wouldn’t even be a year before Zidane was back in charge of Los Blancos, following the failures of Lopetegui and Santiago Solari.

The 48-year-old helped them to another league title in his first full season back at the Bernabeu.

Despite his success at the club, Zidane is reportedly set to quit the position again. The Daily Mail reports that he has ‘all but made up his mind’, and that the conclusion of this season’s La Liga title race will make no difference to his decision.

Real Madrid currently sit five points off the top of the table with three games to go, although they have a game in hand on their rivals.

They will need to hope that Atletico Madrid slip up at least once in their final two outings.

If Zidane does leave at the end of the season, it is believed that former Juventus boss Massimiliano Allegri and club legend Raul will be in the pipeline to replace him.

Allegri has been out of work since leaving the Allianz Stadium in 2019. In his five years in Turin, he won five Serie A titles and four Coppa Italia trophies.

On the other hand, Raul doesn’t have the same level of experience, having only coached Real Madrid’s youth teams.

However, he does have a strong connection with the club. He was their all-time top goalscorer with 323 in all competitions before being overtaken by Cristiano Ronaldo.

The Daily Mail also reports that Zidane will become an ‘immediate target’ for Juventus and the France national team.

Andrea Pirlo has had a difficult debut season in management. After taking over a side who had won nine straight league titles, he has failed to reach the top and could miss out on a Champions League place entirely.

Meanwhile, France head into this summer’s European Championships off the back of a victorious World Cup campaign in 2018.