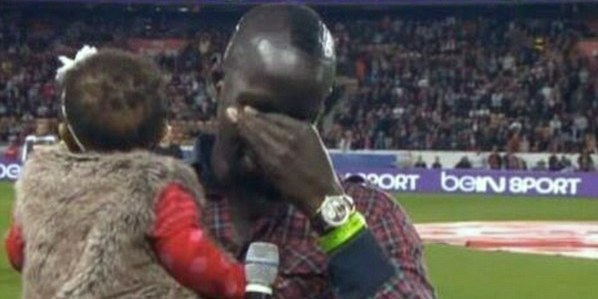 Liverpool defender Mamadou Sakho made an emotional return to his former club Paris Saint-Germain on Sunday night and delivered a farewell speech hinting that the journey with his boyhood club is not over yet. 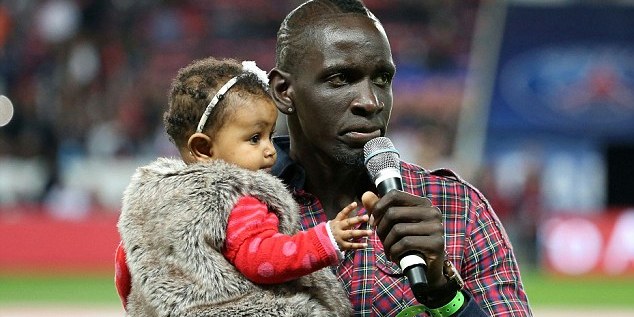 Sakho was involved in Liverpool’s 1-0 defeat to Southampton and after the match he flew back to Paris ahead of his former club’s clash with Monaco.

He delivered an emotional speech to the fans, whilst holding his daughter on the Parc Des Princes pitch before the kick-off.

Sakho started his PSG career at the tender age of 12 and spent 11 glorious years at the club before completing a £15m move to Liverpool on the final day of the summer transfer window.

He wiped tears from his eyes during his speech and said:

“I’m very proud to be here tonight. I remember when I was young, I was up there, there in the stands and watched PSG play. My story with PSG isn’t over yet.”