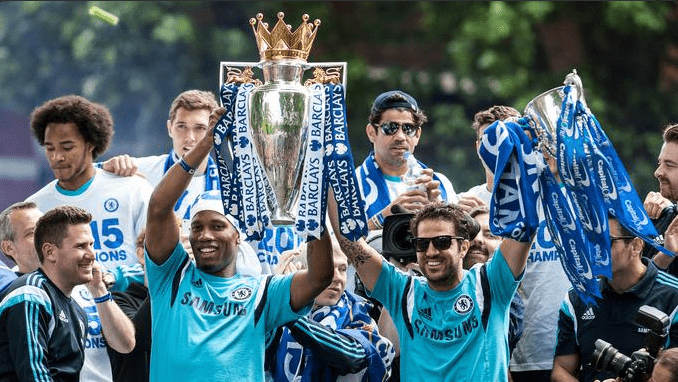 Chelsea celebrated a memorable season with an open bus parade through the streets of West London. In front of thousands of their fans, the newly-crowned champions of England celebrated both their Premier League and Carling Cup victories. 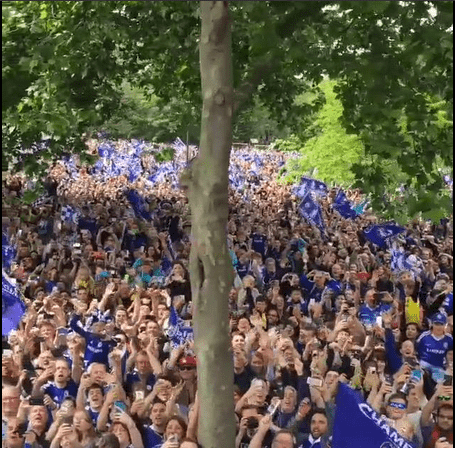 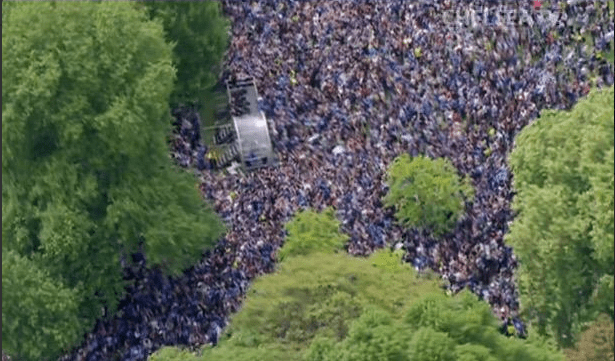 The streets were full of Blues faithful who had gathered to enjoy the club’s first league triumph since 2010 with the players and the coaching staff.

Diego Costa, who scored 20 league goals for the Blues in his debut season at Stamford Bridge, sported a cool look at the parade. Cesc Fabregas is no stranger to the Premier League, but this is the first time he has lifted the trophy. The former Arsenal man’s move from Barcelona to Chelsea was much-talked about in the summer, but the Spaniard will have no regrets now of choosing to come to West London.

This is Jose Mourinho’s third Premier League triumph, and his 8th league title in 12 seasons with 4 different clubs in 4 different countries. No wonder they call him the Special One. The Portuguese was all-smiles as proudly held the two trophies his side worked so hard to win this season.

The fans chanted their manager’s name for long periods. They know that if he stays at the club for the next decade, they are on course for absolute dominance in the Premier League.

Didier Drogba and Petr Cech are both set to leave Stamford Bridge in the summer, but the duo signed off in style with a 4th Premier League title.