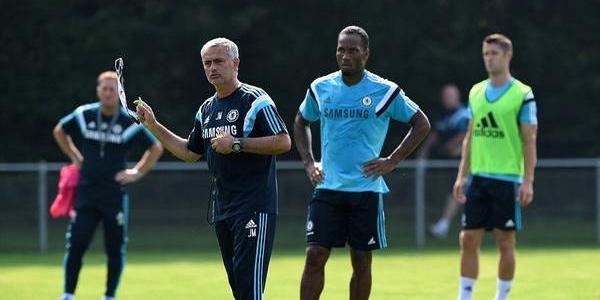 Returning legend Didier Drogba took part in his first Chelsea training session today since arriving back at the club after two years abroad.

Drogba, 36, signed a one-year deal to return to his spiritual home this month, with Chelsea fans everywhere delighted to welcome back the big striker, who will provide backup to new £32m signing Diego Costa up top.

“First of all when he came, it looks like he never left the club,” Mourinho said about Drogba’s return to West London,

“It was so normal, nothing new at all, because he knows everybody and everybody knows him.

“He was ever present even when he wasn’t here. Chelsea belonged to him.”

The Ivorian international watched from the subs bench on the weekend as his side beat Olimpija Ljubljana 2-1 on the weekend (with Costa scoring his first goal for the Blues), but he was in action today during training and could play a part in the upcoming friendly games, starting with a match against ‘feeder club’ Vitesse Arnhem on Wednesday.

Check out the latest photos rom Didier Drogba’s first training session since his return to Chelsea below: 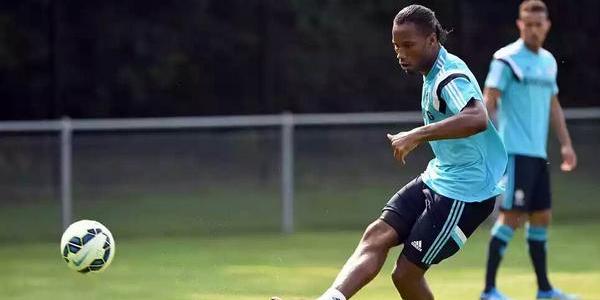