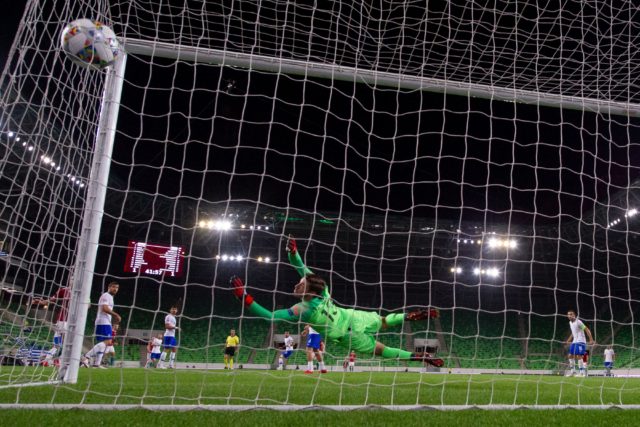 The 26-year-old goalkeeper has been spotted in Glasgow ahead of his £4.5m move to the Scottish champions.

The Scottish Sun claimed yesterday that the AEK Athens keeper is expected to undergo a medical today. He has now arrived in Glasgow, and it looks like it is only a matter of time before the official confirmation comes.

The Greece goalkeeper will sign a four-year contract to join Neil Lennon’s side.

AEK could be entitled to another £900,000 in bonuses with a further ten per cent sell-on clause included in the deal.

Celtic were heavily interested in signing Fraser Forster on a permanent deal. However, the Southampton goalkeeper wants to stay at the Premier League and fight for his place.

Barkas is seen as a solid keeper who has an impressive record of 61 clean sheets in 111 appearances for AEK.

The Hoops believe he is the ideal replacement for Forster.