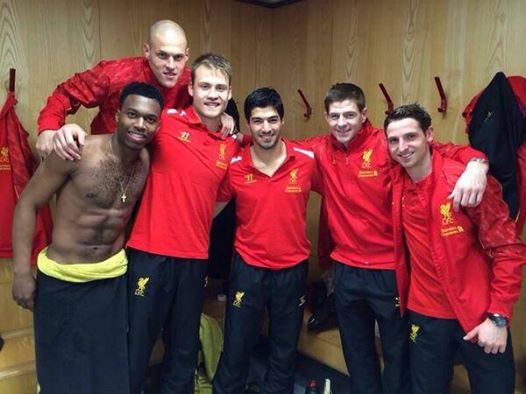 Liverpool are genuinely back in the title race, regardless of whether manager Brendan Rodgers admits it or not.

After Chelsea were beaten on Saturday by Aston Villa, the incentive was there for Liverpool to close the gap. They did it in style, putting arch rivals Manchester United to the sword right from the off, and coming away from Old Trafford with all three points.

The 3-0 victory moved Liverpool up to second in the Premier League, now just four points behind Chelsea, and with a game in hand.

While Steven Gerrard took all the praise for scoring two goals (both from penalties), Luis Suarez also joined the party as he scored his 25th goal of the season. The Uruguayan tweeted at the end of the match:

Very happy with this great victory! We continue fighting up there! Great debut of my new @adidasUK Samba Primeknit! pic.twitter.com/A1jvlgymLb

What do you think? Can Liverpool go all the way? Get involved in the comments below…