Manchester United suffered yet another defeat at home as Sunderland took a giant leap towards staving off relegation as the Black Cats grabbed a 1-0 win at Old Trafford. 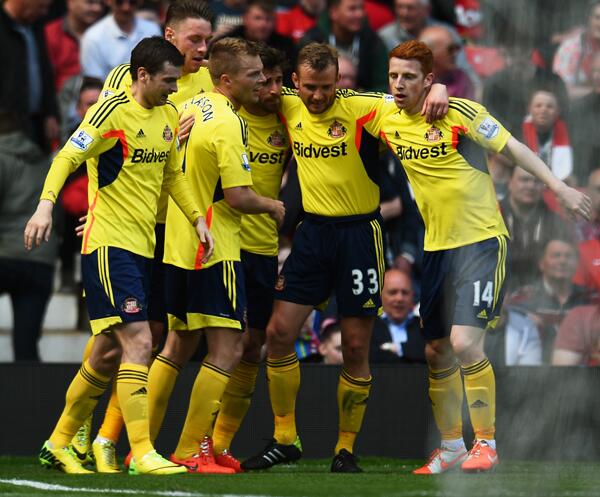 Sebastian Larsson scored the only goal of the game as the swede took adbantage of some great work by young striker Connor Wickham before the break. Gus Poyet’s side were unlucky not to extend their lead as the travelling hit the woodwork twice in front of the stunned United faithful.

However Sunderland are now seventeenth in the table, three points above Norwich, the Canaries who will travel to Stamford Bridge to take on Chelsea on Sunday.

Ryan Giggs’ side were so one dimensional and such pedestrian that former manager Sir Alex Ferguson was pictured to be caught sleeping in the stands.

As a result of the loss United stayed seventh in the table with 60 points in the kitty and even their Europa League hopes came crashing down to earth.

Chris Waddle of the BBC however was full of praise for the Black Cats.

“You have to say Sunderland deserve the win the way they have defended. They have worked hard and you have to say United have been very poor, despite getting in some good positions they have created nothing. They have also played at just one pace and it’s been easy for Sunderland.”