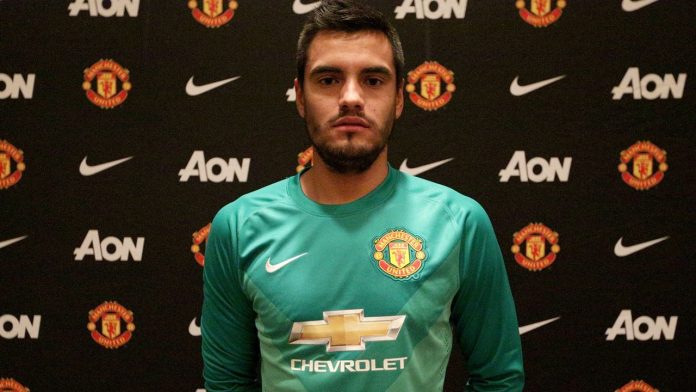 Romero, 28, played under Louis van Gaal at AZ Alkmaar between 2007 and 2009. #WelcomeRomero pic.twitter.com/Y6kEEW9ryz

The goalkeeper will sign a 3 year deal at the club and spoke about his delight at signing for such a huge club.

Romero: “I’m absolutely delighted to join #mufc. To play for the biggest club in the world is a dream.” More: http://t.co/MEmNeQNRlI

Sergio Romero said: “I am absolutely delighted to join Manchester United. To play for the biggest club in the world is a dream come true for me. Louis van Gaal is a fantastic manager and I cannot wait to get started on this new and exciting challenge in my career.”

Louis van Gaal said: “Sergio is a very talented goalkeeper. He was a young keeper during my time at AZ Alkmaar and I am delighted he is joining Manchester United. He had a fantastic World Cup last summer in Brazil, although that is something I have put to the back of my mind! He will be a great addition to the team and I am looking forward to working with him once again.”

While the signing of Romero could worry a number of United fans, as the Argentine has been tipped to replace David De Gea, he could very well be the replacement of Victor Valdes, who is clearly on his way out.

Valdes fell out with Van Gaal regarding the Dutchman’s philosophy and is certain to end his spell at United soon.