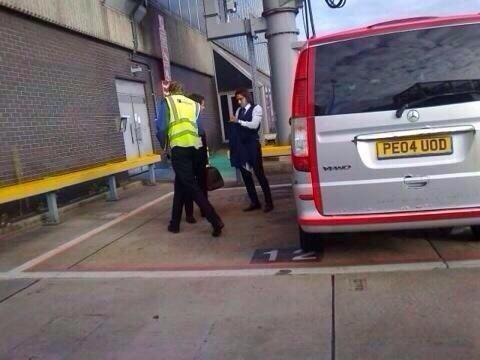 Radamel Falcao has arrived in England to complete his medical before confirmed as Manchester United player in the final hours of the transfer window.

Earlier today we reported that Louis van Gaal’s side will spend £24m on the Colombian international for one-year loan. The deal will have an option for United to sign the striker on a permanent transfer at the end of this season.

Falcao join AS Monaco last summer and has been linked with a move away from the Ligue 1 giants since the start of this current ongoing year. Arsenal and Manchester City were also interested, but the former Atletico Madrid star preferred to make a switch to Old Trafford.