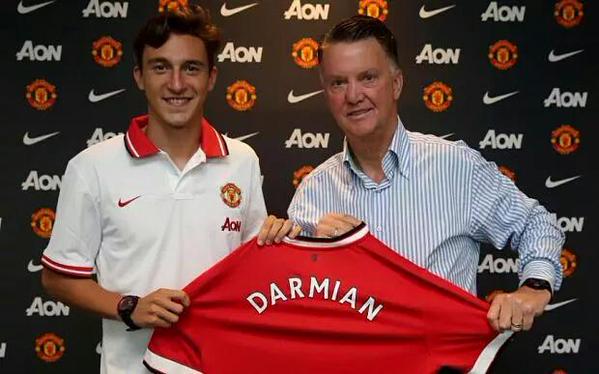 Manchester United have made their second major signing of the summer, after Torino defender Matteo Darmian completed his move yesterday. The influx of new players do not stop here, as German skipper Bastian Schweinsteiger, is on the verge of joining the Red Devils as well.

Darmian is primarily a full back but he can also play in  a wide midfield role. The Torino defender announced his delight at the move, claiming he is joining “the biggest club in the world”.

He told United’s website: “It is a dream come true to be joining Manchester United. I have loved the time that I have spent at Torino, and I would like to thank the club and the fans for everything they have done for me.”