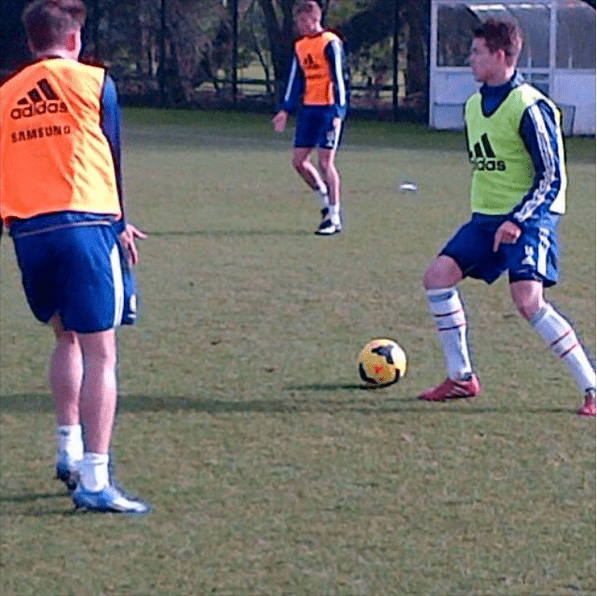 Good news for the Chelsea fans. Young midfielder Marco van Ginkel has recovered from his ACL injury and has returned to training.

The 21-year-old midfielder suffered an anterior cruciate ligament injury in the Capital One Cup match against Swindon in September.

The Dutch midfielder tagged the image above on his instagram with the message written:  “Just had my first training with the youth team. Good feeling!”

Van Ginkel’s return will be a huge boost for Chelsea as the Blues are fighting in three major competitions. Though it will take some time for him to get back to the full fitness, but could still play a major part for Chelsea this season.