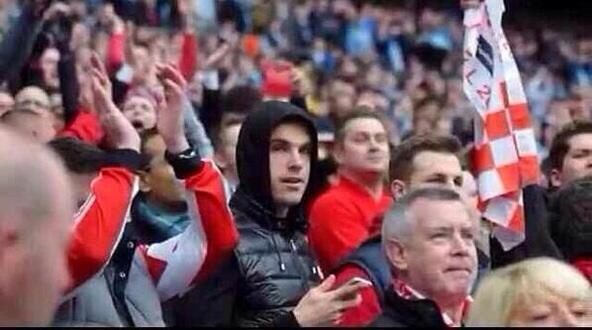 Liverpool star Jordan Henderson, who is Sunderland born and bred, was seen supporting his boyhood club in the Capital One Cup final from the stands at Wembley yesterday.

Henderson will be disappointed with the result as Manchester City came from behind to win 3-1, but he was there with the fans, supporting his local club.

The 23-year-old has been in terrific form this season and has really blossomed under the tutelage of Brendan Rodgers.

Henderson will be hoping to play some part in midweek at Wembley against Denmark, having been selected in Roy Hodgson’s squad for the international friendly.