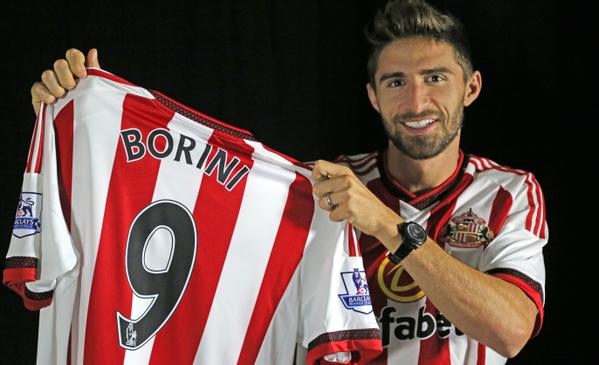 Liverpool striker Fabio Borini has arrived for his Sunderland medical after the clubs agreed a £7.75m fee for the Italian.

Here’s Fabio Borini today at the #SAFC training ground. The Italian is close to sealing a £7.75m transfer from #LFC pic.twitter.com/dHyhAmBA3Z

Borini is surplus to requirements at Anfield and has fallen down the pecking orders after the 32 million pound signing of Christian Benteke and the free transfer of former Burnley man, Danny Ings.

The Italian will now join Sunderland permanently. The Black cats were keen on the former Roma striker after he impressed with them in a loan spell back in 2013/14.

Sunderland were keen to make the move permanent back then, but Borini rejected a 12 million pound move last summer and opted to stay at Liverpool. Manager, Brendan Rodgers has made it perfectly clear that there is no chance of the Italian breaking into the first team this season and that a move to Sunderland was his best chance to reviving a stagnating career.