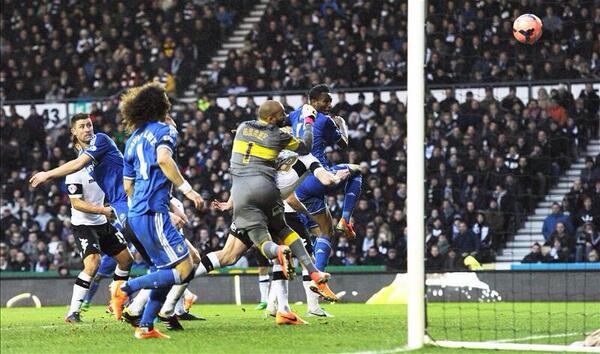 John Obi Mikel scored for Chelsea, yet again, as the Blues moved into the 4th round of the FA Cup, after earning a convincing 2-0 victory against Derby County.

Mikel, who made his 300th appearance for the club, scored his second goal of the season and the occasion will be more special for him as he captained the side as well.

The Nigerian international is highly under-rated but he is one of the most important players for Jose Mourinho’s side.

After a goal-less draw in the first half, Mikel opened the scoring for the Blues after he headed in the opener from Willian’s cross. Brazilian Oscar scored the second goal for Chelsea.

Chelsea will face Stoke City in the next round of FA Cup.