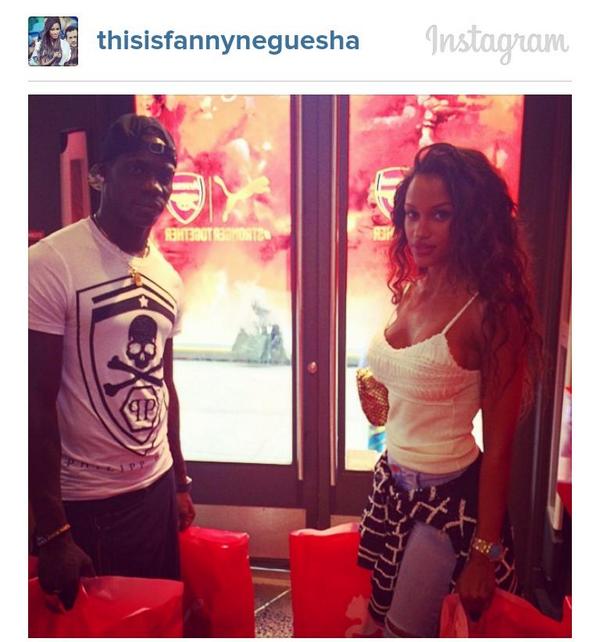 AC Milan striker Mario Balotelli has sparked transfer speculations after the striker posed in front of the Arsenal logo outside the official Puma shop after reportedly doing some shopping.

Balotelli has been strongly linked with the Gunners over the past few weeks with the London club reportedly in the market for a quality striker who can partner Olivier Giroud up front.

Balotelli’s agent Mino Raiola had earlier said that Arsenal are one of the very few clubs who can afford to acquire his client’s services.

Is this an indication that Super Mario would be on his way to the Emirates?