The Liverpool juggernaut rolls on, as the Reds wrestled themselves back into the Premier League title race with an emphatic 6-3 victory against Cardiff City on Saturday.

Despite going down twice in the match, Liverpool bounced back and sealed the tie in the end with goals from Daniel Sturridge, a Martin Skrtel brace and Luis Suarez, who scored his third hat-trick of the season.

The Uruguayan has posted an Instagram picture of himself holding the matchday ball, with the caption:

‘Very happy for the victory and the hattrick. But the important thing is the great work we did today. YNWA’ 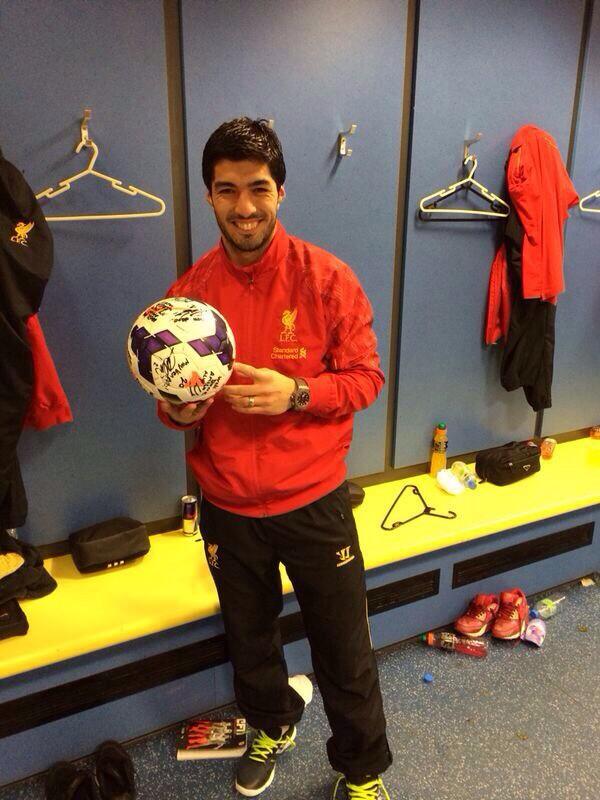