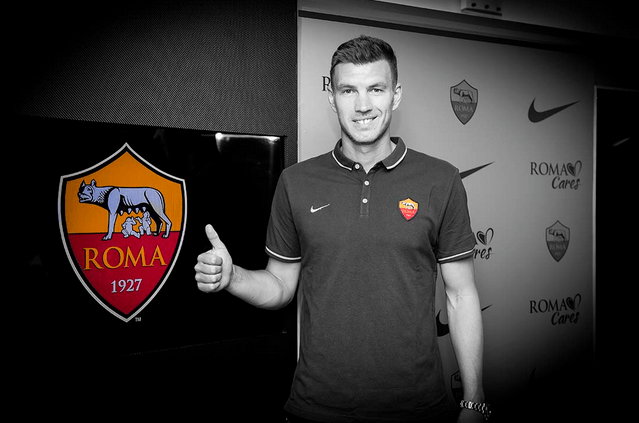 AS Roma have announced the signing of Manchester City forward Edin Dzeko.

The player has been officially unveiled in Rome and spoke of his pride and delight on joining such an illustrious club.

“I came here to win titles with Roma. I hope we will win many trophies but first we have to work hard on the field and in the end, we can get where we want. I can only promise you one thing: I will give my best to this team in every game”, Dzeko said.

Edin Dzeko will wear the number 9 shirt for the Italian outfit next season.

Roma announced an agreement with Manchester City Football Club to purchase Dzeko on a temporary basis until 30 June 2016, for a payment of 4 million euro .

The agreement also gives them the right to acquire the player outright , from the season of 2016/2017 , if certain conditions are met, for a price of 11 million euro .