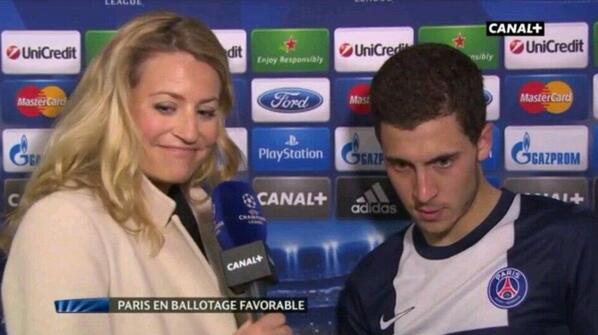 Chelsea suffered a damaging 3-1 defeat at PSG in the first leg of their Champions League quarter final, with Jose Mourinho’s side needing a big result at Stamford Bridge next week to advance to the semis. 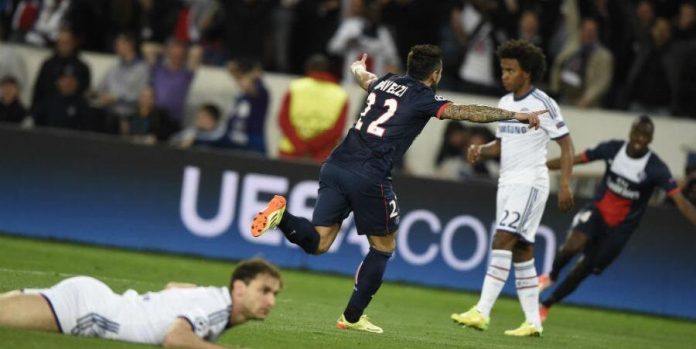 Chelsea conceded early through Ezequiel Lavezzi’s wonderful strike, but Eden Hazard restored parity for the Blues from the spot, giving his side that crucial away goal.

In the second half, an own goal from David Luiz and a solo effort from Javier Pastore, which Mourinho described as a joke, gave PSG a healthy two goal advantage going into the second leg.

After the match, Hazard was seen doing a post match interview wearing a PSG shirt, a sight that was not particularly well received by the Blues faithful.

The French presenter seemed to see the funny side of it, but what about Chelsea fans? Considering the talk of Hazard being linked with a summer move to PSG, should he be wandering around in their kit when his side have just lost on an important Champions League night?