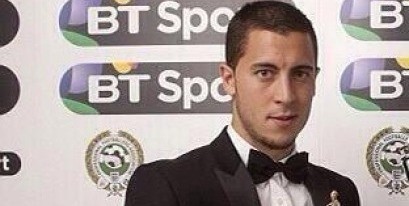 Hazard, who beat Liverpool’s Daniel Sturridge and Southapton’s Luke Shaw to the Young Player award, has had an excellent second season with at Stamford Bridge, with Chelsea still going strong in both the Premier League and the Champions League, and the winger a key reason for their success so far this season.

The former Lille winger is currently sidelined with a hamstring injury, and missed the 2-0 win over fellow title challengers Liverpool on Sunday, but hopes to be back for the crucial last few games, with Hazard consistently hailed as Chelsea’s attacker-in-chief this campaign.

He has blossomed under the tutelage of the returning Jose Mourinho this season, and has been so devastating at times that he has earned comparisons to the likes of Cristiano Ronaldo and Leo Messi, with Mourinho calling his Belgian maestro the best young player in the world back in February.

He is so highly thought of in the Chelsea camp that, after failing to make the three-man shortlist for the Ballon d’Dor this year, his teammates presented him with their own accolade: the ‘Ballon Wood’!

With Eden’s little brother, Thorgan, who is out on loan from Chelsea to Zulte Waregem, being recently named the best player in the Belgian league, I’d say it’s been rather a good year for the Hazard family!

Check out the photo of a happy Eden Hazard showing off his PFA trophy: 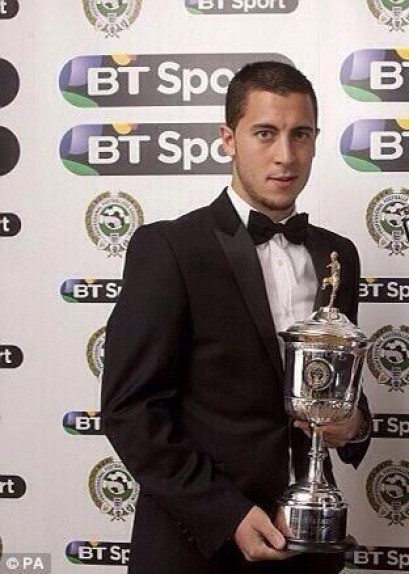 What do you think? Is Hazard the deserved recipient of the PFA Young Player of the year award? Let me know your thoughts in the comments below…