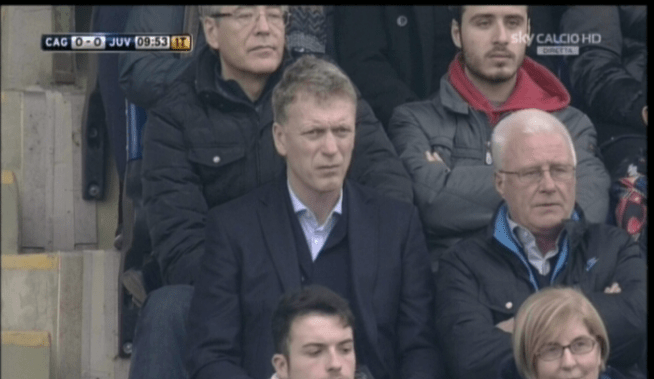 Manchester United ended their horror run of results in 2014 with a convincing 2-0 victory over Swansea City on Saturday. After a happy weekend, David Moyes didn’t waste any time to get himself busy on a scouting mission, in Italy.

The former Everton manager was present on the stands to watch Juventus in action against mid-table club Cagliari in their Serie-A fixture, where the Bianconeri extend their Serie A winning streak (4-1) to a club record of 11 matches.

United have been linked with several Juventus players recently – Arturo Vidal, Claudio Marchisio and Paul Pogba – and it could well happen that Moyes was personally scouting any one of them before possibly making any move in January.

Moyes however said as reported by Tuttosport that he was simply enjoying the day-off with no market operation in mind.

While Pogba and Vidal both started the game for the Champions, Marchisio made a huge impact coming from the bench and bagged a goal for himself.